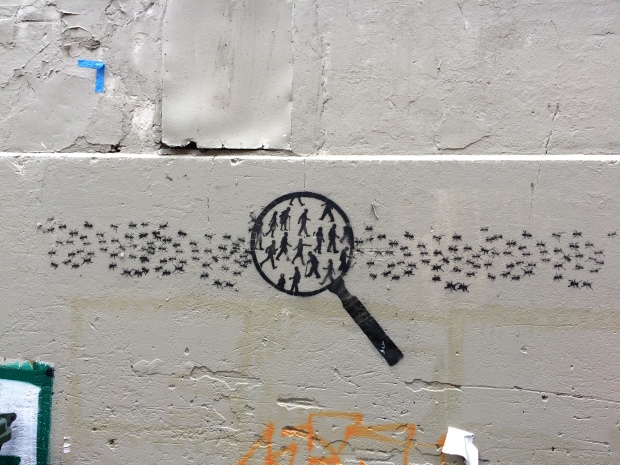 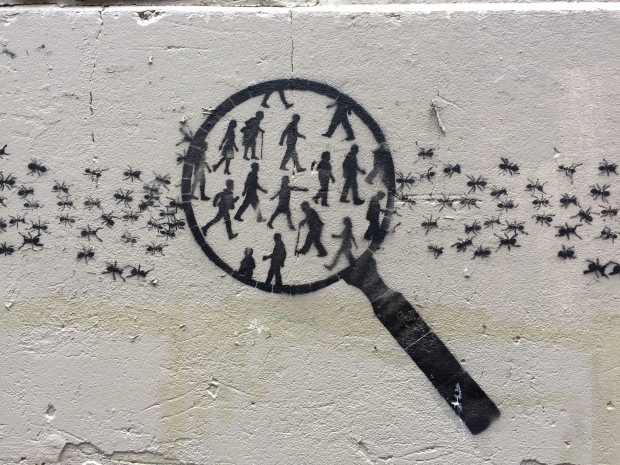 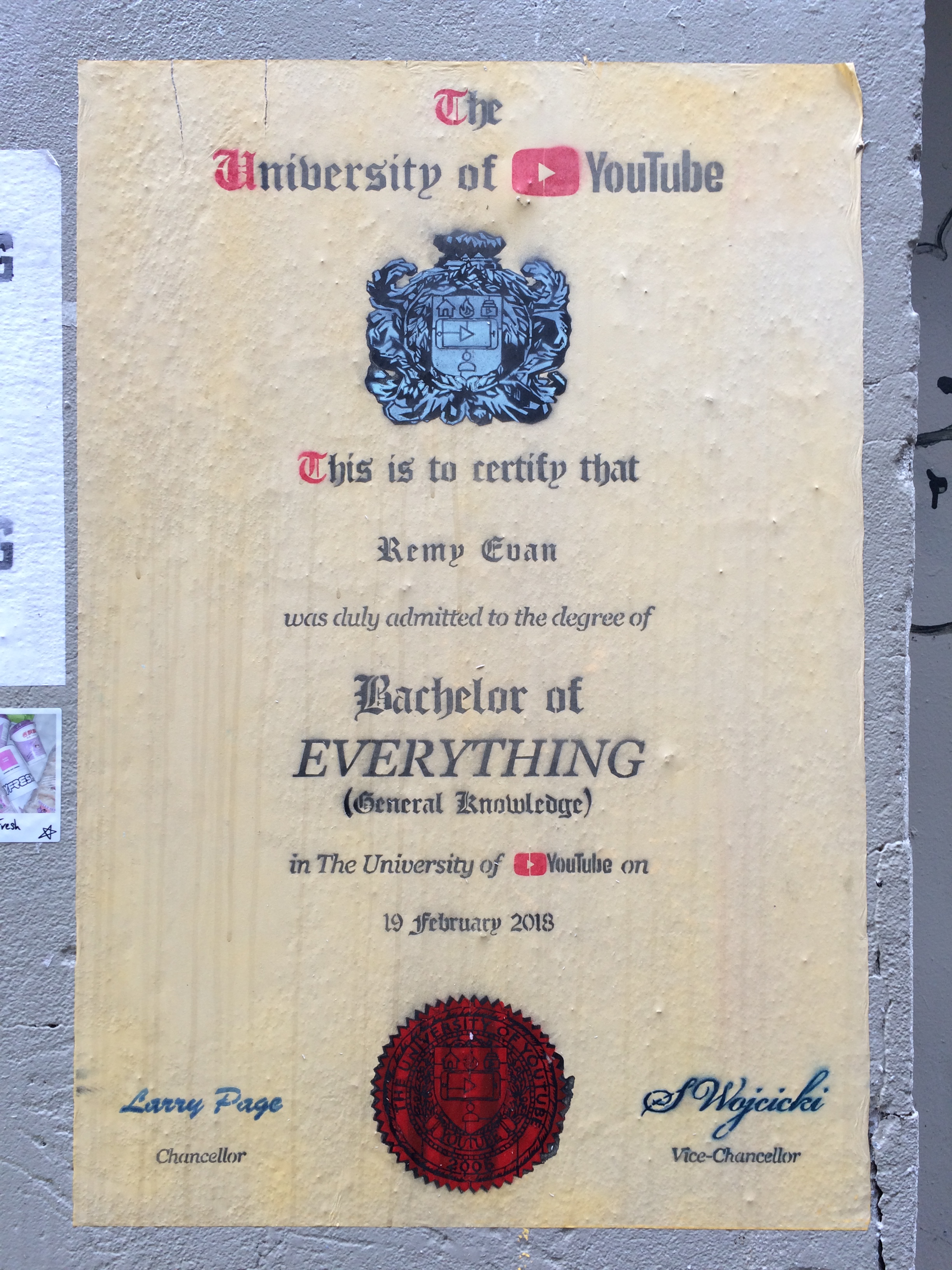 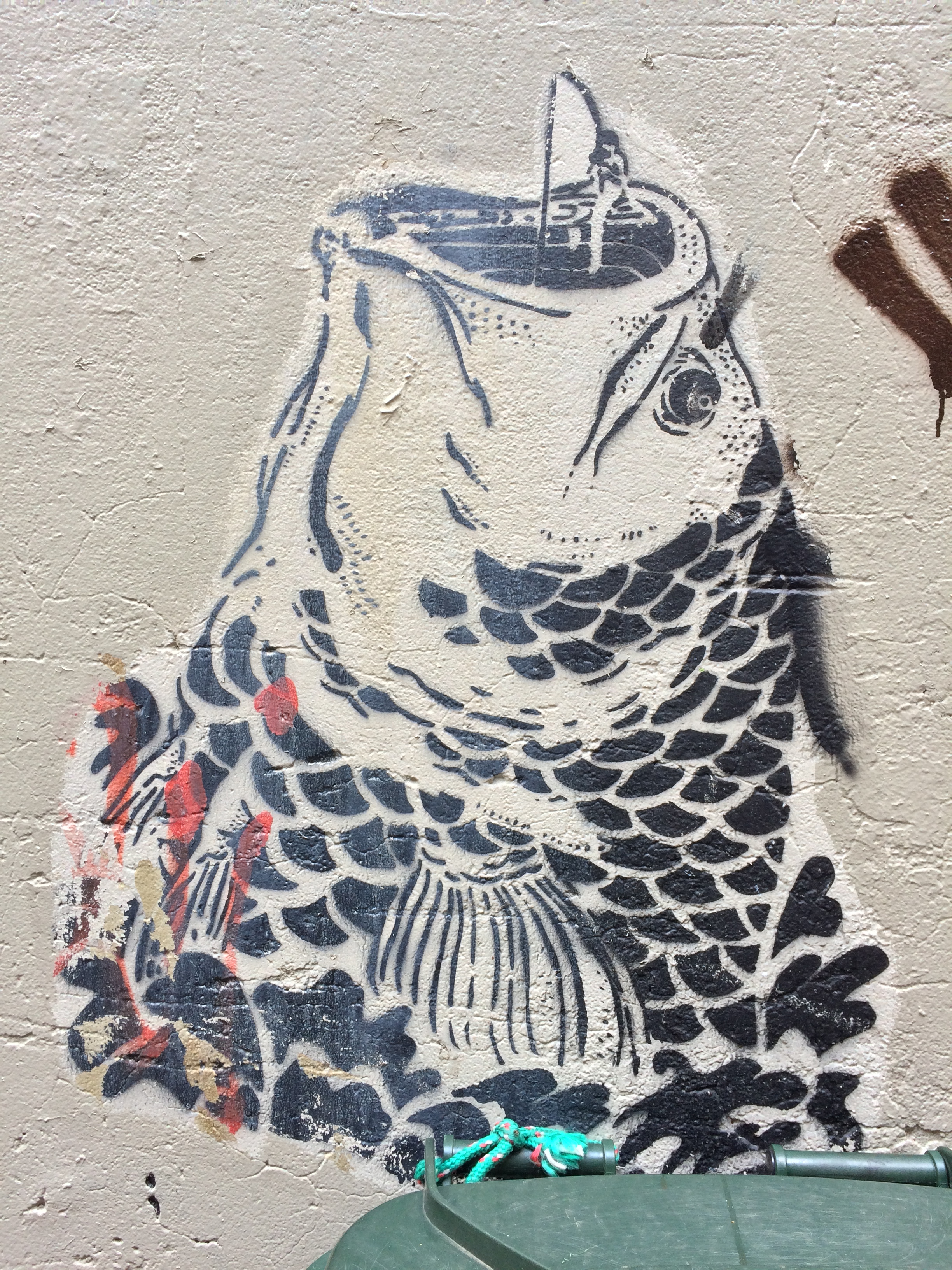 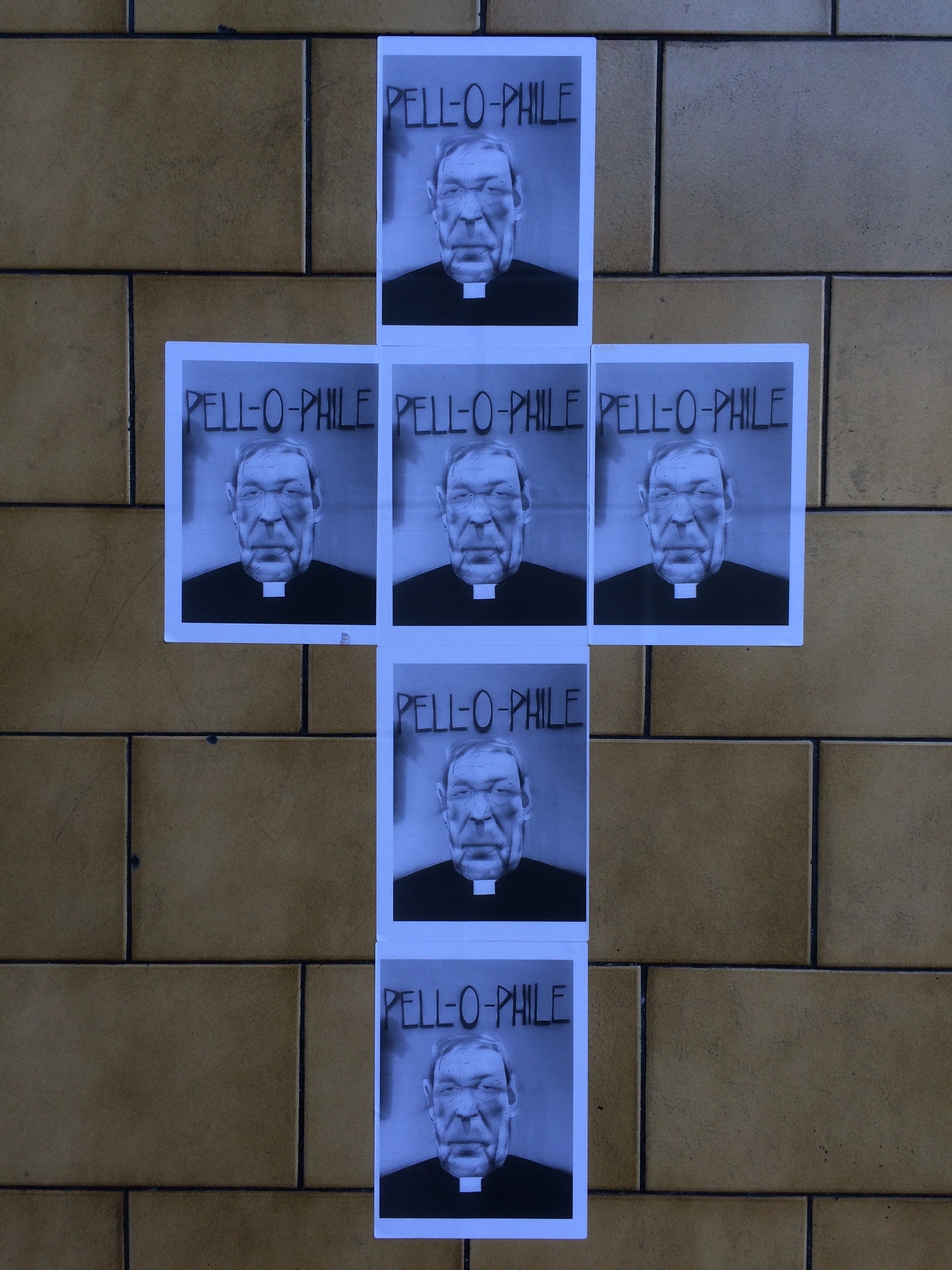 ‘There are a few ways you can lose your religion – in a slow drift where the time between mass attendance and sacraments like confession gets longer and longer, until you can’t in good faith claim to be a member of the flock any more. And then there’s the frank event, where something happens and you realise you cannot continue supporting the institution that has inflicted so much pain’.

– Brigid Delaney, ‘Losing my religion: after the Pell verdict, the conflict for Catholics’, The Guardian, 30 August, 2019. 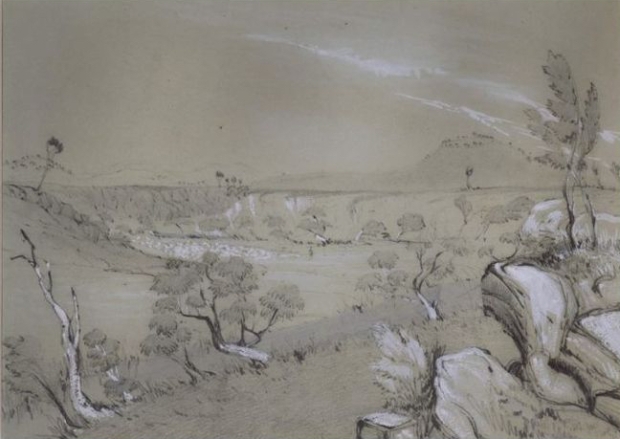 It’s a cold day here in Melbourne, perfect weather for catching up on a bit of reading. So I’ve been reading a few little books on local history, particularly on the Wurundjeri and the Yalukit-willam people. At the moment, I’m particularly enjoying Isabel Ellender and Peter Christiansen’s beautifully-produced book People of the Merri Merri: The Wurundjeri in Colonial Days. And a cup of tea or so ago, I was struck by these words by Gary Presland from his little booklet The First Residents of Melbourne’s Western Region. I imagine that this was partly because I grew up on the Maribyrnong River, and still travel along its banks on most days:

When Europeans first settled in the Port Phillip district, they saw a landscape which looked vastly different to that we see today. But that landscape itself was a result of long processes of change, some of which had been going on for hundreds of thousands of years. There is some evidence to show that people were living in the Maribyrnong River [sic] valley, near present-day Keilor, about 40,000 years ago. Since that time there have been enormous changes to the landscape – all of which Koories [sic] must have witnessed and lived through.

Many of the most spectacular and significant changes to the countryside have been to the Maribyrnong-Yarra River system.

Ten thousand years ago the valley of the Yarra River was more than thirty-five metres deeper than it is today and the river flowed at the bottom of a deep canyon. At that time the world’s sea level was considerably lower because a great deal of water was locked up in the ice sheets covering Europe. So there was no water in Port Phillip Bay, and instead of flowing through the flat land in West Melbourne the Yarra turned to the south and flowed down the eastern side of a large grassy plain. At this time the Maribyrnong River flowed more directly to the south east and joined up with the Yarra near what is now Williamstown.

In the long period that Koories have lived in the Melbourne area, the Maribyrnong and Yarra River system has deposited a great deal of mud and silt in the river valleys, and as a result the ground level has been raised by hundreds of metres.

From about 10,000 years ago, the sea started to rise, as the Ice Age came to an end. As the ice sheets in the northern hemisphere melted, the water flowed back into the sea and the level slowly rose. By about 8,500 years ago Bass Strait was flooded, and the gradually-rising sea had reached Port Phillip Heads and began to fill the area of Port Phillip. The sea continued to rise until about 7,000 years ago, by which time the level of water in the Bay was much higher than it is today. The top of the Bay then stretched as far north as Flemington and water covered the area of Flemington Racecourse and many of the inner city areas such as the lower parts of West Melbourne, Port and South Melbourne, and St Kilda. At this time Footscray was a beach-side area and the Maribyrnong River was affected by tides as far north as Braybrook.

When the sea level stabilized at its present height, about 5,000 years ago, the waters of the Bay retreated a little. During the previous 2,000 years a new land surface had been built up by the accumulation of silt in the bay water. The ground surface in the flat area where Victoria, Swanston and Appleton Docks were later constructed, and through which Footscray Road and Dynon Road now run, is a result of this build-up of silt. [ed. – You can read more about that here.]

When Europeans first arrived, they were attracted by the sweeping grasslands to the west of the Maribyrnong River. The wide volcanic plain, the edge of which is now covered by the western suburbs, presented rich pastures for the colonists’ sheep. There was a thick covering of native grasses, with a few trees growing along the major water courses, such as Kororoit Creek.

Those ‘sweeping grasslands’ were elsewhere described thus by George Robinson when he visited the Port Phillip settlement in December 1836:

Saw nothing but grassy country, open forest, plenty gum and wild cherry. Saw where the natives had encamped, plenty of trees notched where they had climbed for opossums …. There are herds of forest kangaroo immensely large, a short distance from the settlement, also flocks of emus on the western plains fifty and sixty in a drove …. The country through which I travelled to the Salt Water (Maribyrnong) River had a park-like appearance, kangaroo grass being the principal, the trees she-oak, wattle, honeysuckle. Saw a blue flower, thorny appearance. Numerous old native huts. 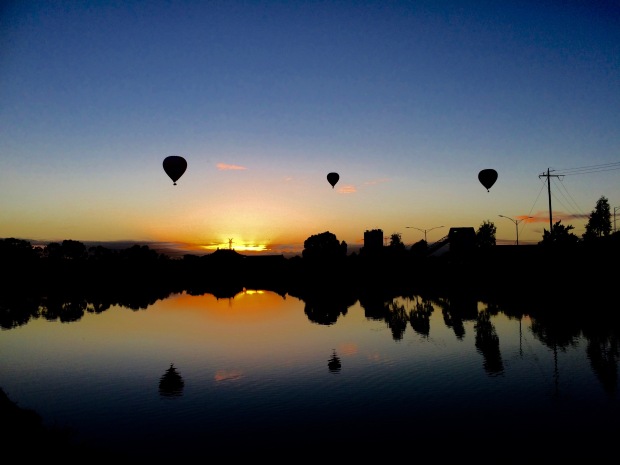 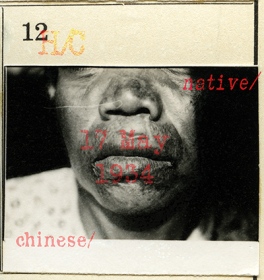 There is a Christian missionary family (of 5), including three young children, who are currently serving in Siberia with Pioneers. They will be returning to Melbourne on furlough for six months from 11 January, and they are looking for a place (min 2 bedrooms) to stay, preferably somewhere in either Melbourne’s North, East, or South (including Mornington Peninsula) which is where their main supporter base is. They would prefer to remain in the one place so that their kids could attend the one school.

If you or someone you know may be able to help, then please get in touch with me via the Contact page.

If you’re a Facebooker, then please feel free to spread the word too. 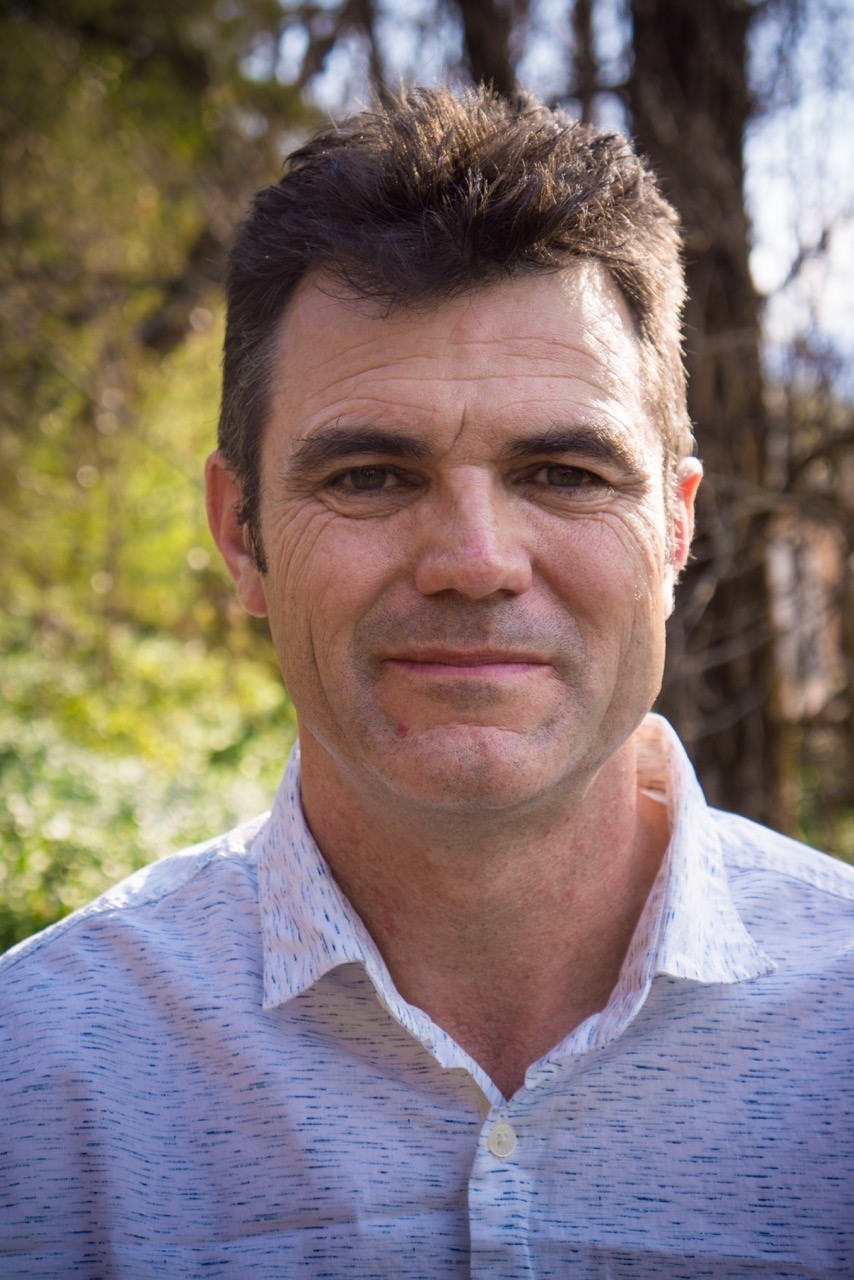 Ian Dicks is an Australian who has lived and served in Malawi for the last 20 years. Ian was ordained within the Baptist Union of South Australia and, together with his wife Wendy, has served with Global Interaction amongst the Yawo people. His current role is as ‘Cross-Cultural Worker, Anthropological and Missiological Consultant’ with Global Interaction.

Ian Dicks is an expert in the field of intercultural communications: people relating to people who are different in language, customs and beliefs. For him, this is the essence of Christian mission:  in the New Testament, in other countries, but also in our own streets and neighbourhood.

Ian has undertaken ground-breaking research in the language of the Yawo people and is currently working on a dictionary of that language. He has a passion for enabling people to learn how to relate to those whose language, traditions and experience are different from our own. He has been helping the staff of Global Interaction to engage with these challenges, and upon his return to Australia will be sharing these skills with people studying at Whitley. He has been an adjunct teacher at the University of Malawi. He has also worked in local community development projects and leadership training.

This is a shared appointment with Global Interaction: Ian will continue assisting the work in Malawi for some months each year, for the next two years at least. The balance of the year will be spent teaching at Whitley College. Ian will teach from his expertise in understanding and relating to Muslim people, Contextual Mission, and in InterCultural Communication. He would love also to lead a study trip to Malawi!

The Council and Faculty of Whitley College are delighted to be working with Global Interaction in our common commitment to training in intercultural competence and mission. We look forward with real excitement to Ian Dicks’ contribution to our life as a College and all he has to offer the Christian community.

Together with his family, Ian will be returning to Australia to take up this new position in January 2016. Please pray for him, for Wendy, Simeon and Benjamin as they prepare for this very significant change in their lives.

I didn’t believe it at first. I mean, the thought of him – my father-in-law of all people – voluntarily joining a non-AFL affiliated group that has its own website, and apps!, was simply too incredible. But of all the things that might be said of him (his disdain, for example, of the most wonderful gifts of life – like butter, and real football, and whisky, and Bob Dylan), being a perjurer and fabulist is not among them. Deluded about many things he may be, including the wholesomeness of his son-in-law, he remains one of the straightest shooters I’ve ever met. And so while his piano abilities far outstrip his gifts in the singing department, when he pronounced recently that he had joined a singing group called Men in Suits (a little ironic, I suppose, given that I’m not sure he owns a suit that he can fit into) I had little reason to doubt him … and I was elated.

I paid for that doubtlessness, however. For upon its vocalisation, I was forced to listen – at very high volume! – to song after song, too many songs, while strapped in to the back seat of his car. Among my favourites was this one called ‘Metro’: