Let us not mock God with metaphor,
analogy, sidestepping transcendence;
making of the event* a parable, a sign painted in the
faded credulity of earlier ages:
let us walk through the door.

* A little note: ‘The event’, of course, to which Updike here refers is, principally, ‘Jesus’ resurrection’; but because this particular resurrection is the event which is the Triune life itself, I see no reason to not allow these words to inform our ‘God-talk’. That thousands of sermons will be preached today that mock Updike’s critical and weighty point – and echo a word more like that of Monty Python’s Three-Headed Knight met by the brave Sir Robin – seems a good reason to repeat Updike’s point today. If, however, you happen to be one of those disoriented souls who happened to land on this post in search of a Pythonesque sermon on ‘the trinity’, and because you figure that Trinity Sunday is the day you better say something about this neglected ‘topic’, then here’s what you were looking for (and your congregation would be most grateful if you looked no further!):

Still, my recommendation is that you go with Updike, even if – and perhaps especially if – you dinnae hay a scoobie what he is trying to say. Happy Trinity Sunday.

hate suits him
better than forgiveness.
Immersed in hate
he doesn’t have
to do anything;
he can be
paralyzed, and the
rigidity of hatred
makes a kind
of shelter for
him.

Forget (nearly) everything else you’re reading: there’s a new posthumous collection of essays, reviews, poems and stories from John Updike‘s brilliant pen – Higher Gossip: Essays and Criticism. As I type, my ordered copy is in the hands of the USPS, which means that it could arrive any time between next week and some future Christmas. In the meantime, I’ve had to content myself with some reviews – one here, and another one here wherein Updike’s writing is described thus:

And while I’m mentioning reviews, I’ll give a shout out to this review of Julian Barnes’ The Sense of an Ending, a brilliant book (and worthy winner of the 2011 Booker Prize), and certainly one of my favourite reads this year. 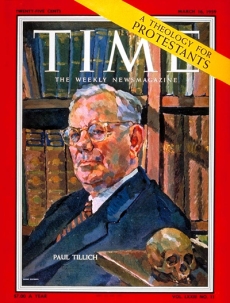 While Tillich writes with ‘admirable intelligence … the net effect [of his thought] is one of ambiguity, even futility – as if the theologian were trying to revivify the Christian corpse with transfusions of Greek humanism, German metaphysics, and psychoanalytical theory. Terms like “grace” and “Will of God” walk through these pages [i.e., the pages of Morality & Beyond] as bloodless ghosts, transparent against the milky background of “beyond” and “being” that Tillich, God forbid, would confuse with the Christian faith’.

To be sure, I’ve always found Tillich’s sermons to be quite engaging; but Updike’s description of Tillich’s Morality & Beyond rings true for most of Tillich’s three-volume systematics as well. 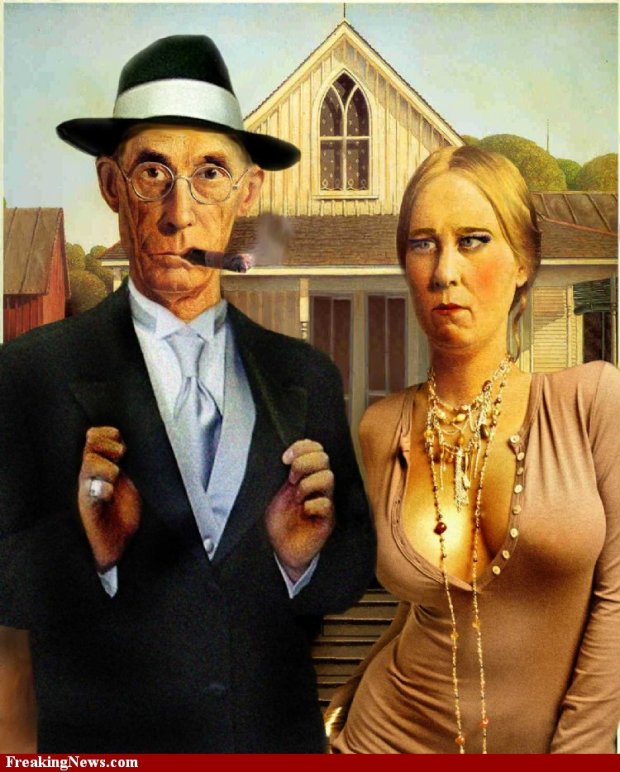 ‘America is a vast conspiracy to make you happy’.

Make no mistake: if He rose at all
it was as His body.
If the cells’ dissolution did not reverse, the molecules reknit, the
amino acids rekindle,
the Church will fall.

It was not as the flowers,
each soft spring recurrent;
it was not as His Spirit in the mouths and fuddled eyes of the
eleven apostles;
it was as his flesh: ours.

The same hinged thumbs and toes,
the same valved heart
that – pierced – died, withered, paused, and then regathered out of
enduring Might
new strength to enclose.

Let us not mock God with metaphor,
analogy, sidestepping transcendence;
making of the event a parable, a thing painted in the faded credulity
of earlier ages:
let us walk through the door.

The stone is rolled back, not papier mache,
not stone in a story,
but the vast rock of materiality that in the slow grinding of time will
eclipse for each of us
the wide light of day.

And if we will have an angel at the tomb,
make it a real angel,
weighty with Max Planck’s quanta, vivid with hair, opaque in the
dawn light, robed in real linen
spun on a definite loom.

Let us not make it less monstrous,
for in our own convenience, our own sense of beauty,
lest, awakened in one unthinkable hour,
we are embarrassed by the miracle,
and crushed by remonstrance.

‘What all the genteel professors at Princeton Seminary had smilingly concealed, Warfield and Green and the erect, pedantic rest, and the embowering trees and Gothic buildings had in their gracious silence masked, was the possibility that this was all about nothing, all these texts and rites and volumes and exegeses and doctrinal splits (within Scots Presbyterianism alone, the Cameronians, the Burghers Antiburghers, the Auld Lichts and New, the Relief Church and the United Sucession Church, the United Free Church and the Free Church and the further seceding “Wee Frees”) – that all these real-enough historical entities might be twigs of an utterly dead tree, ramifications of no more objective validity than the creeds of the Mayan and Pharaonic and Polynesian priesthoods, and Presbyterianism right back to its Biblical roots one more self-promoting, self-protective tangle of wishful fancy and conscious lies’. – John Updike, In the Beauty of the Lilies (London: Hamish Hamilton, 1996), 18–19).

It is the pouring out of such language that leads Frank Kermode , in a scintillating review, to suggest not merely that In the Beauty of the Lilies is ‘a novel planned with much care’, but also that ‘Updike is almost alone among his contemporaries in his willingness to study this state of dull spiritual privation, what used to be called wanhope; or at any rate to study it in a religious, quasi-theological context. He alone would seek the origins of Clarence’s discomfiture in German Higher Criticism: Semler and Eichhorn, Baur and Welhausen, Strauss’s Das Leben Jesu, all those learned Christians who ‘undermined Christianity’s supporting walls and beams’’.

Underneath the busy surface there is Updike’s permanent preoccupation with the vagaries of the spirit in ex-Puritan America. The careful abundance of the writing testifies to his love and admiration for the daily beauties and oddities of American life, past and present, but the deep structures suggest sadness and disappointment. Something serious has been lost or at any rate eroded, a seriousness of intellect but also of spirit. A sign of the degeneration is the difference between Clarence’s religious life and the later fundamentalism accepted by Clark, a doctrine that cuts off all serious thinking at the root.

In the Beauty of the Lilies captivates no less on the second read. Speaking of which, my copy of Marilynne Robinson’s Home arrived today. So excited.

BTW: While I’m drawing attention to London Review of Books, readers of Per Crucem ad Lucem may be interested in a recent piece therein by Slavoj Žižek on ‘Berlusconi in Tehran’.