Out from a brief blogging hiatus I come to draw attention to Lisa Lebduska’s recent piece – ‘The Facebook Mirror’ – and the dangers that the social media leader poses for writing and writers:

‘Facebook presents far more danger than the cultivation of lowercase first-person “i”s and emoticons :). The real threat posed by Facebook is not that it ruins writers’ ability to punctuate or encourages them to replace words with pictures. The problem with Facebook is that it nurtures one of writing teachers’ greatest foes – the teenage fantasy that writers write only to themselves and to those who are just like them.

Although Facebook is properly classified as “social software,” it is more accurately categorized as mirror-ware, a whole new kind of social that consists only of us and our self-projections. And it is that mirror, that seductive invitation to reflect us and only us back to ourselves that damns us.

On Facebook, we post pictures to represent ourselves: our best, shiniest, toothiest, happiest/sexiest ponderer/wanderer/adventurer. The fairest ones of all. Or we post some other person or object as icon. Puppy, baby, six-year old self. The poor person’s version of identity airbrushing. To deepen the portrait, we post our status, likes and dislikes – bananas, skiing, taxes – and photo albums of grand vacations, graduations and celebrations. To our walls we announce opinions, as they come. What we find good, stupid, evil, sexy.

Facebook writers expect homogeneity from their audience. All readers read the same observation, and insights in the same way, regardless of who they are, what they know, what they need to know or even what they seek. Facebook writers do not select, shape or color moments and thoughts for particular readers. They trade the pleasure of imagining the absent reader for the imagined adoring gaze of selves. And they expect their friends to “like” their posts, pictures etc. immediately, and to shower them publicly with praise.

With Facebook, we don’t need to explain why Obama should be elected or gays shouldn’t be allowed to marry or a hundred seagull photos merit viewing. If birds bore our friend Gerard, too bad. If Gerard didn’t vote for Obama or has a male partner, that’s too bad, too.

Although our Facebook friends include those we haven’t seen in years, decades, even, we can pretend that they share our experiences, our views, and our general disposition towards life. No justification, no explanation.

On Facebook we never think outside the four walls of the self, and we need never imagine readers different from us. We expect neither argument nor curiosity nor challenge. Just a thumbs up or down.

Teachers spend years working to broaden students’ intellectual worlds beyond their own virtual backyards. We challenge them to discover ideas that come from individuals who might be very unlike them; people they would never conceive of friending, or if asked to friend would be more than likely to ignore. Or who don’t have computers.

So is Facebook truly the new scourge of writing? Maybe not. Like all tools of such ubiquity and power, Facebook must be recognized for what it is – a medium that invites carefully polished reflections of our favorite self. But writers generally write for readers other than that self. We need, then, to provide contexts that allow our students to know and consider those readers. How often do we ask students to hear, read and truly understand a viewpoint different from their own? How often do we expect them to think of someone, anyone, other than themselves? The ability to imagine a perspective other than our own – the idea of an audience consisting of curious minds rather than adoring fans – defines our most effective writers’.

While I’m not buying everything at Café Lebduska, there are some important implications here for pastors and teachers (and theo-bloggers). Too few of us, it seems, intentionally read literature which challenges profoundly our own worldview and practice and, at least in the circles most commonplace to me, seek and/or create opportunities to speak into hostile environments where swords might be sharpened by the wrestle (Eph 6.12; 1 Tim 1.18; 6.12; 2 Tim 4.7) rather than dulled by the all-too-common proclivity towards the cozy, the monotonous and the pedestrian – what Lebduska names ‘the teenage fantasy’ and what I simply call ‘the boring’. There are, of course, those who seem to go out of their way to speak only to Babylonians, and sometimes preaching to the choir, as it were, might be just that too. For what it’s worth, it seems to me that the focus for most pastors/teachers/theo-bloggers should be given to bearing witness to the for-ness rather than against-ness announced in the gospel, but there remains an against-ness which must be discerningly spoken as well. Moreover, there can be no question here that both strategies are undertaken in love for the other and for the truth. But if Ernest Hemingway is right when he says that ‘there is nothing to writing. All you do is sit down at a typewriter and bleed’, and if the great Salvation Army preacher Samuel Logan Brengle is also right when he avers that ‘the great battles, the battles that decide our destiny and the destiny of generations yet unborn, are not fought on public platforms, but in the lonely hours of the night’, then there remains something poisonous about the Facebook ‘mirror-ware’ which threatens to undermine, at the very least, the task of the writer, and preacher.

And speaking of mirrors, it’s not as if they’re all destructive; for there is, of course, another mirror where those so called might look – namely, into the mirror of our election, Jesus Christ, who is both our friend and enemy, and who both thumbs us, our ministries and our statuses ‘up’ and ‘down’, although the later only that he made do the former (Rom 11.32).

My friend Lynne Baab has a new book out – Friending: Real Relationships in a Virtual World (IVP). Via an array of stories gleaned from many dozens of interviews, Lynne, who has a PhD in communications and who blogs at Gathering Voices, maps the ways that new technologies and social media are changing the form that many friendships take (even the word ‘friend’ itself has become a verb), threaten to both cheapen as well as promote friendship, and invite us to reassess the nature(s) of friendship itself. She wants to know what makes friendships work, what actions initiate and nurture friendships, why nothing in friendships is permanent, and what does it look like to be a friend in a world shrunken by new communication technologies. Lynne, who is a Facebook devotee, writes with great enthusiasm and warmth, in a very personal style, with a complete absence of academic jargon, with an open Bible, and with an eye on practical concerns. Don’t expect here a treatise on friendship in the manner of a Seneca, or an Augustine, or a critical discussion on the use of technology itself, as that offered by Jacques Ellul – it’s simply not that kind of book. Each chapter concludes with a set of questions for reflection, journaling, discussion or action that could well serve as the basis for group discussion, or a conversation among friends.

You can read the first chapter here, and watch Lynne talking about her book here, here and here. 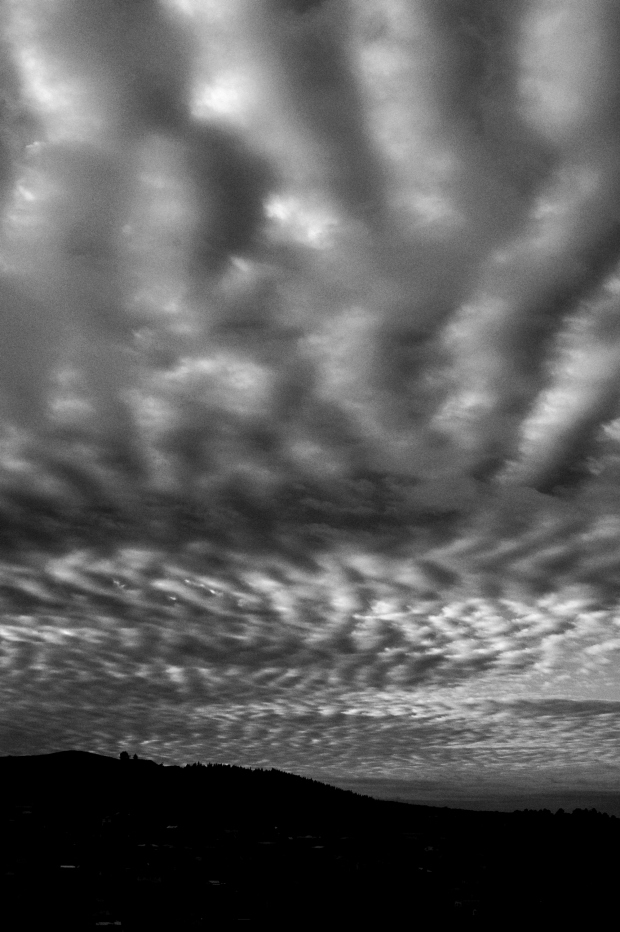 It helps, now and then, to step back and take a long view.

The kingdom is not only beyond our efforts,
it is even beyond our vision.

We accomplish in our lifetime only a tiny fraction
of the magnificent enterprise that is God’s work.
Nothing we do is complete, which is a way of saying
that the kingdom always lies beyond us.
No statement says all that could be said.
No prayer fully expresses our faith.
No confession brings perfection.
No pastoral visit brings wholeness.
No program accomplishes the church’s mission.
No set of goals and objectives includes everything.

This is what we are about.
We plant the seeds that one day will grow.
We water seeds already planted,
knowing that they hold future promise.

We lay foundations that will need further development.
We provide yeast that produces far beyond our capabilities.

We cannot do everything, and there is a sense of liberation
in realizing that. This enables us to do something,
and to do it very well. It may be incomplete,
but it is a beginning, a step along the way,
an opportunity for the Lord’s grace to enter and do the rest.

We may never see the end results, but that is the difference
between the master builder and the worker.

We are workers, not master builders; ministers, not messiahs.
We are prophets of a future not our own.
Amen.

A dear colleague of mine, Lynne Baab, will be hosting a webinar on Facebook and Twitter 101 for Congregations, on 22 September 22 (in USA) and 23 September (NZ and Australia). Here’s a description:

[Lynne will] provide an overview of how Facebook and Twitter both work; how groups, such as congregations, can use them; and a discussion of whether we need to be concerned about online relationships replacing face to face relationships. If you’ve been wanting someone to help you evaluate whether or not your congregation should be considering these social networking options, this webinar has been designed just for you. 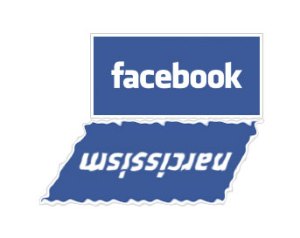 This post is for the benefit of those who read Per Crucem ad Lucem via a feed (my preferred method of reading just about anything online). If this is you, you might have missed out on the news that Per Crucem ad Lucem is now available via Facebook (which is definately not my preferred format for online reading). Now, back to something important …

It’s sometimes really quite difficult to explain to Facebook-addicts why the whole Facebook thing is so uselessly annoyingly. In fact, sometimes they even try to lure you back by promising you all the photos and groovy new applications in the world if you will just bow down and click ‘re-open your account’. When such tempter’s surround, send them this clip. It will make no difference to them, of course, because what they really need is death and resurrection into newness of Facebook-free life. But it does remind you why you made the best decision of your life when you hit that wee button – ‘suspend/delete your account’.

I say, come ye out from them and be ye free. (I’m a hypocrite of course)