My local Amnesty International group in Dunedin will be screening Mary Meets Mohammed at the Pioneer Hall in Port Chalmers on Friday 28 November at 7pm. This is a heart-warming movie made by AI Australia about the friendship that develops between an asylum seeker from the Middle East and a Tasmanian woman who initially thinks that such people should be ‘sent back to where they came from’. A gold coin donation for entry will go to AI Australia to support our own Mary Morwood who has committed herself to a sponsored walk in Australia, raising money to support asylum seekers in detention, and the rights of Australian Aboriginal people. There will be refreshments available after the film. All welcome. 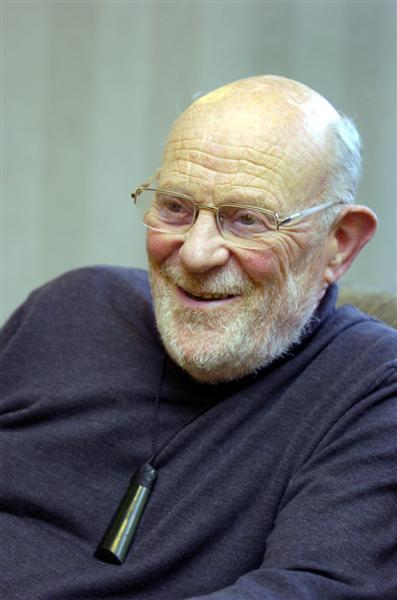 The Centre for Theology and Public Issues and the National Centre for Peace and Conflict Studies (both of the University of Otago) are hosting a public conversation with Canon Paul Oestreicher.

Paul Oestreicher has had an extremely interesting career – from being a refugee in Dunedin from Germany in 1939 and a student at Otago, to co-founding and chairing Amnesty International, to pioneering the Centre for International Reconciliation at Coventry Cathedral, to being both an Anglican priest and a Quaker chaplain – and this will be a rare opportunity to hear, not just about his current research, but about his past work and what has driven him to devote his whole life to the cause of peace-making, East-West reconciliation, human rights and disarmament. Paul was last year awarded a Doctorate of Divinity by Otago University where he is currently a Visiting Fellow at the National Centre for Peace and Conflict Studies.

This public conversation will take place in the Allen Hall (corner of Union and Leith Streets, near the Clocktower on campus) on Thursday 6 May from 5.30-6.45pm. Contact: Ann Hassan.

The other public conversation that Canon Oestreicher will engage in has been organised by the Otago University Amnesty International Group. It will take place in Archway Lecture Theatre 2, at 6pm on Monday 10th May. At this event, Paul will be speaking about his own experiences as a refugee from Germany to Dunedin in 1939, his work with Amnesty and why we should all care, and take action, on human rights abuses around the world. Enquiries for this event can be directed to Stefan Fairweather. 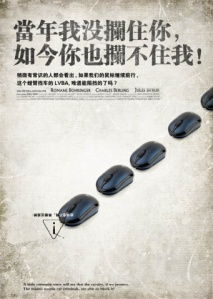 Those within cooee of Dunedin might like to diary that Amnesty International’s Human Rights Book Club (which is not really a book club at all) is meeting again on Monday 12th October, 5:30pm, at the Dunedin Public Library, 1st Floor, LearnIT Left room. The topic of this month’s meeting is ‘Online Activism & Human Rights in China’ and our guest speaker will be Paola Voci, Senior Lecturer in Chinese in the Department of Languages & Culture at Otago University.

This discussion is timely with the recent crackdown on human rights defenders, including media in China and Rebiya Kadeer’s just-announced visit to New Zealand.

1. William Pfaff on Should the Torturers Go on Trial?

‘The most effective way to prevent future war crimes is not to threaten elected leaders with punishment that probably will not be imposed. It is to convince civilian and military officials at all levels of government that if they commit or participate in war crimes, as clearly defined in international law and the Uniform Code of Military Justice, even under orders of their superiors, the serious possibility will exist that (in another administration?) they will be appropriately punished’.

Amnesty International has just released its 2008 report: Sixty Years Of Human Rights Failure – Governments Must Apologize And Act Now. The report challenges world leaders to apologise for six decades of human rights failure and re-commit themselves to deliver concrete improvements.

“Injustice, inequality and impunity are the hallmarks of our world today. Governments must act now to close the yawning gap between promise and performance.”

Amnesty International’s Report 2008, shows that sixty years after the Universal Declaration of Human Rights was adopted by the United Nations, people are still tortured or ill-treated in at least 81 countries, face unfair trials in at least 54 countries and are not allowed to speak freely in at least 77 countries.

“2007 was characterised by the impotence of Western governments and the ambivalence or reluctance of emerging powers to tackle some of the world’s worst human rights crises, ranging from entrenched conflicts to growing inequalities which are leaving millions of people behind,” said Ms Khan.

Amnesty International cautioned that the biggest threat to the future of human rights is the absence of a shared vision and collective leadership.

“2008 presents an unprecedented opportunity for new leaders coming to power and countries emerging on the world stage to set a new direction and reject the myopic policies and practices that in recent years have made the world a more dangerous and divided place,” said Ms Khan.

Amnesty International challenged governments to set a new paradigm for collective leadership based on the principles of the Universal Declaration of Human Rights.

“The most powerful must lead by example,” said Ms Khan.

* China must live up to the human rights promises it made around the Olympic Games and allow free speech and freedom of the press and end “re-education through labour”.

* The USA must close Guantánamo detention camp and secret detention centres, prosecute the detainees under fair trial standards or release them, and unequivocally reject the use of torture and ill-treatment.

* Russia must show greater tolerance for political dissent, and none for impunity on human rights abuses in Chechnya.

* The EU must investigate the complicity of its member states in “renditions” of terrorist suspects and set the same bar on human rights for its own members as it does for other countries.

Ms Khan warned: “World leaders are in a state of denial but their failure to act has a high cost. As Iraq and Afghanistan show, human rights problems are not isolated tragedies, but are like viruses that can infect and spread rapidly, endangering all of us.”

“Governments today must show the same degree of vision, courage and commitment that led the United Nations to adopt the Universal Declaration of Human Rights sixty years ago.”

“There is a growing demand from people for justice, freedom and equality.”

Some of the most striking images of 2007 were of monks in Myanmar, lawyers in Pakistan, and women activists in Iran.

“Restless and angry, people will not be silenced, and leaders ignore them at their own peril,” said Ms Khan.

The full report can be downloaded here.