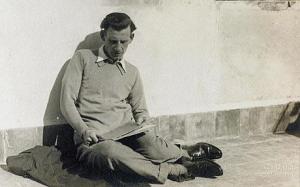 John Milne, who is no stranger to this blog, has recently produced two new choral pieces, both anti-war in theme.

The first, ‘Soldier Boy’, is based on a Siegfried Sassoon text ‘Suicide in the Trenches’, written during WWI. Sassoon penned a number of better-known anti-war poems, but this one’s quite unusual in that it deals with suicide among the ranks (a huge problem in Iraq and Afghanistan even today with about 20 US veterans committing suicide every day, about 20% of the overall suicides in the US while only 1% of Americans have served in the military) – a manifestation of the mindlessness of war and of the vain belief in the soteriological powers of violence’s stunning machinery. 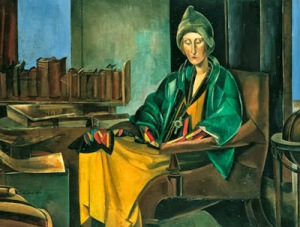 The second piece is ‘Still Falls the Rain’. The text here is provided by Edith Sitwell, and cites scripture, ‘Faust’, and all sorts of arcana. Sitwell endured a night of the Blitz in London in 1940, and it is believed that she wrote the poem as the sun rose, bringing with it life’s announcement of perseverance and graced permanence (the Germans bombed exclusively at night). While nowadays we seem to accept with little protest the faceless and mechanised bombing of civilian populations as commonplace, the Blitz marked the first time it was ever done in earnest, and it must have seemed unspeakably vile. John Milne described the closing lines of the poem  as ‘as powerful an affirmation of God’s enduring love in the face of near-infinite human evil as I’ve ever encountered’. Those interested in reading further about the poem can read the exegesis provided by Robin Bates, a professor of English at St. Mary’s College of Maryland.