I am very excited to announce that Art/s and Theology Australia will hold its first conference on 16–19 July next year.

It will also invite conversation around further questions: What kinds of change? What are the grounds and manner of hope, transformation, and resilience? What might the arts and theology have to contribute to such discourse and action, if anything? How do we attend to the margins of this discussion, and speak and act more holistically as communities of change? 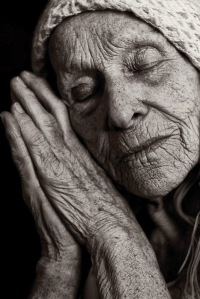 The Selwyn Centre for Ageing and Spirituality is organising a one-day conference to ‘hear New Zealand researchers and others with an academic interest in the area speak about ageing and spirituality’.

The conference is concerned with the following topics:

• Spirituality and ageing: a discussion from a principle-based, evidence-informed and zeitgeist-based approach
• Spirituality teaching in NZ medical schools
• Spirituality in a Dunedin rest home
• The church and older people after the Christchurch earthquakes
• Older people and euthanasia
• Religious and spiritual data from the LILAC study
• The role of religion/spirituality in mental health and mental health care – general findings and data and literature relevant to the older adult participants
• Caregiving across cultures
• Grief and loss in caregivers of people with dementia
• The role of caregivers and their interaction with rest home residents, particularly noting their preparedness to respond to needs of a spiritual nature
•  Spirituality in residential dementia care

‘When people say (as they do, it seems, with increasing frequency) that they are more interested in “spirituality” than in “religion”, they usually seem to mean that they prefer the balm of private fantasy, the aromatherapy of uplifting individual sentiment, to the hard work of thought and action, the common struggle to make sense of things, to redeem and heal the world. When church leaders are exhorted to concentrate on “spiritual” affairs, the implication sometimes seems to be that these things are different from, and loftier than, such mundane matters as proclaiming good news to the poor and setting at liberty those who are oppressed’. – Nicholas Lash, Holiness, Speech and Silence: Reflections on the Question of God (Aldershot: Ashgate, 2004), 92–3.

The book comprises the verbatim transcripts – with minor editing of ‘Ums’, ‘Well, buts …’ and ‘You knows…’, etc – of conversations recorded on a Radio Shack cassette recorder over a series of weekends in which Solveig visited her grandparents (‘Poppi’ and ‘Mimi’) in Princeton. After each session, Mimi typed it up.

The authors invite us to read their book ‘as you would a Platonic dialogue, though in this one, the role of Socrates goes back and forth’ (p. 10). Their discussion is more wide-ranging than most systematic theologies, and is filled with wit, warmth and wisdom.

Time for an example:

Solveig: How can God pick who goes to heaven or hell?

Poppi: By looking at Jesus, who loves you, Solveig.

Solveig: Can you show me?

Poppi: One way of saying what happened with Jesus is that Jesus so attached himself to you that if God the Father wants his Son, Jesus, back, he is stuck with you too. Which is how he picks you. (p. 20)

The young Episcopalian and her ‘sort of half Anglican and half Lutheran’ (p. 70) Poppi return to some themes a number of times over the weekends. One such theme that offers some of the book’s richest insights concerns the Spirit, or ‘God’s liveliness’ (p. 38), as the good Professor Dr Poppi likes to remind his granddaughter. Solveig tries on more than one occasion to argue a case that the second and third articles in the Creed ought to be reversed not only because ‘all of us share in the Spirit’ (Father and Son included), but also because that’s how you cross yourself. Poppi agrees, ‘Father, Spirit, Son is probably a better arrangement’ (p. 146). The Spirit is also ‘God’s own future that he is looking forward to’ (p. 42). They compare God’s liveliness with Santa Claus who is ‘sort of like a messenger from the Holy Spirit – in a way’ (p. 100), before coming to discern the spirits to see if they are from God, for whom to have Spirit means that he ‘doesn’t stay shut up in himself … but that the goodness and mercy – and wrath, when it comes to that – that is in God blows out from him to hit you and me. And that means that just like your spirit is yours and not mine, even though your spirit effects me, so God’s Spirit is his and not a spirit like Santa Claus’ (p. 101).

In between laughs, they talk about what it is about Holy Communion – Solveig’s ‘favourite part of going to church’ because she gets to ‘stretch and walk around a little’ (p. 31) – that means that ‘the wine should be the very best’ (p. 33) and that dissolvable bread should be banned. The meal should be appetising, and not like those baptisms ‘when they just dribble a couple of drops on the baby’ (p. 34). They also talk about a confirmation service led by ‘this weird bishop guy’ who is ‘really stupid’ (p. 34).

While I’m trying to resist the temptation to share every gem in the book (and there are lots), allow me one more, this time on heaven, purgatory, and hell:

Solveig: Do you think of where you might go after you die as two places or three places? I think of it as three places.

Poppi: What three is that?

Poppi: So you hold to the doctrine of purgatory?

Poppi: You know that is very controversial.

Poppi: Well, it’s in Dante, yes. But of course, Dante isn’t exactly in the Bible.

Poppi: The thing about purgatory is that it’s a very reasonable idea. It’s just that we don’t know if it is true.

Solveig: Except … Maybe God thinks that you should just go to two places. If you are bad, he has no patience with you at all, and he will just sort you to go to heaven or hell. I think that is reasonable enough.

Poppi: That God is impatient?

Poppi: That’s where I think the notion of purgatory is reasonable. I don’t think the Bible talks about God’s being impatient in quite that way.

Solveig: If he isn’t impatient, maybe he doesn’t want us to spend time thinking about where we should go.

Poppi: You know that plate that your mother and father gave us that hangs on the wall in the dining room?

Poppi: Remember what it says on it?

Solveig: I don’t remember what it says.

Poppi: It says, ‘I desire not the death of the wicked.’

Solveig: ‘As I live, saith the Lord God, I have no pleasure in the death of the wicked.’

Poppi: Right. So the biblical God takes no pleasure in sending people to hell, and that’s why I think that purgatory is a reasonable idea. The problem is we don’t have any way of knowing whether the purgatory idea is true or not.

Poppi: Well, it was older than Dante.

Solveig: Yes. Well, see, I think of Dante as a theologian, in a way.

Poppi: He was a very great theologian.

Solveig: Yeah, I know. I’m saying that he kind of liked to make up things he wasn’t quite sure about, if you know what I mean.

The delightful exchanges in this album offer us a model of how good theological dialogue can and should take place: with mutual respect and humility which delights in both the giving and the receiving; with an eye on the scripture, an eye on the tradition, and an eye on the world (for those who possess at least three eyes); and within an environment of safety in which no idea is too whacky and no avenue of enquiry cut off prematurely.

Carl Braaten’s words regarding this book are worth repeating,

Robert Jenson has created a new medium, with his granddaughter Solveig, to teach the basics of the Christian faith. Just as Martin Luther wrote his Small Catechism for children, this book of conversations covers the beliefs and practices of the Christian church – among them the commandments, the Lord’s Prayer, the Creed, and the sacraments – in a way that parents, regardless of their denomination, can confidently read and discuss with their children. Robert Jenson has translated the core convictions of his two volumes of Systematic Theology into simple truths that his eight-year-old grandchild can understand in the course of their unrehearsed and lively conversations. If you want to know what a sophisticated theologian really believes, listen to him explain the mysteries of the Christian faith to a child in simple terms without being simplistic.

There is something particularly special in listening to children pray, and in praying with them. This was brought home afresh to me today when I read Children’s Letters to God, compiled by Stuart Hample and Eric Marshall. While some of the prayers included in this volume seem not merely humorous but silly (to an adult), most betray a deeper cognition. All betray, however, a glaringly beautiful honesty and unpretentiousness that God not only makes possible for us, but encourages in us by the Spirit.

‘… For an answer Jesus called over a child, whom he stood in the middle of the room, and said, “I’m telling you, once and for all, that unless you return to square one and start over like children, you’re not even going to get a look at the kingdom, let alone get in. Whoever becomes simple and elemental again, like this child, will rank high in God’s kingdom. What’s more, when you receive the childlike on my account, it’s the same as receiving me’. (Matthew 18:2-5, The Message)

Children’s Letters to God is a great little book to use to open up the questions of life, of God, and of the world – and to encourage mutual and humble dialogue which, after all, is at least part of what we are engaging in when we pray. Warmly recommended … as is prayer.

‘Nothing we experience can secure us on the rock of spiritual reality, or fix us on the last foundation of being, till we experience the Gospel as God’s utmost with man’s worst, the Gospel of Redemption by gracious judgment. We are saved hardly … True spirituality is not the highest stage of the blossoming world, but it is the world beaten, broken, and led captive. It stands not on the world’s development, but on a break with the world, the inroad of a new life in a new kind.’ (P.T. Forsyth, The Church, The Gospel and Society, 98-99)