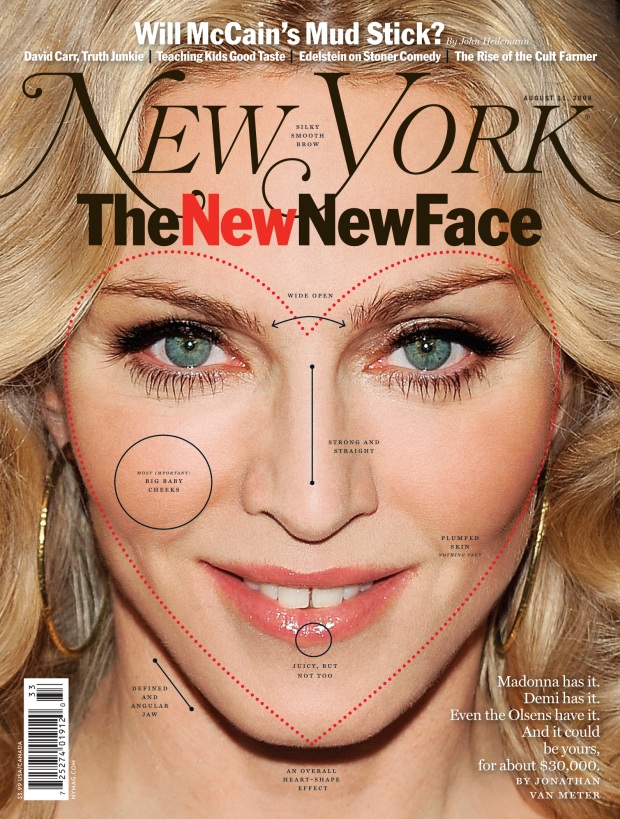 ‘Doesn’t the hypochondriac—anxious, death- and age-obsessed, hypersensitive and self-absorbed—sound suspiciously familiar? Pumped into lumpy strangeness at the gym, filleted and stitched by the surgeon, embalmed in Botox, our contemporary celebrities look more like survivors than people who are going places.

In the 18th century, hypochondria became almost fashionable, and was thought to be a symptom of excess luxury and ease. Today we appear to have excelled the hypochondriac cultures of the past by elevating the morbidly self-involved to the level of paragon. Hollywood has long been the land of fixed teeth and busts, blurred hairlines and effaced waistlines. But fame increasingly consists in a state of almost constant near-collapse.

Howard Hughes seems to have set the standard for today’s hypochondriac celebrities’ tics and reclusion. The grim scenography of Hughes’s decline—his solitary, twilit self-neglect, combined with elaborate prophylactic rituals against the outside world—is a familiar warning about the potential price of power and fame. His biographers have conjectured that Hughes’s hypochondria began in childhood, with his mother’s excessive concern for his health. This tempting and no doubt simplistic explanation has been suggested too in the case of Glenn Gould. The pianist’s manifold eccentricities on the concert stage—playing in coat and scarf, humming along to his own renditions of Bach—were matched in private by his horror of physical contact and habit of keeping a sedulous record of his (largely imaginary) symptoms.

With Gould and Hughes, hypochondria was mostly a matter of keeping the world at bay. Today’s celebrities seem to advertise their fears and symptoms. The most obvious precursor of our present hypochondriac culture was Andy Warhol, who lived most of his life in a state of anxiety regarding the ailments and imperfections of his “bad body.” The artist’s diaries record an array of obsessions, including acne, baldness, weight loss, weight gain, aging, cancer, AIDS and brain tumors.

Warhol seems to predict the fate of the figure that best exemplifies the hypochondria at the heart of contemporary celebrity. At the time of his death in June 2009, the depredations Michael Jackson had visited on his own body had perhaps been overshadowed by his 2005 trial and, latterly, his worsening finances. In the decades since his surgery and skin-bleaching first made us wonder about his mental state, a fretful attitude about one’s body has become an essential requisite for the vocation of modern fame. As the abject circumstances of Jackson’s death began to emerge, one was reminded again of the sheer weirdness of the physical refashioning that he seems to have pioneered for the rest of the culture.

Even conservative estimates suggest that Jackson’s ruined nose was the result of at least 10 operations. The bleaching of his skin seemed intended not so much to make him look like a white person as to ensure that he vanished altogether, a classic hypochondriac fantasy. Beyond a certain point of success, it seems he lived in a welter of bodily and mental pain. If Jackson’s problem was a sort of hypochondria, it was on an ambitious and Gothic scale.

The medical catastrophes suffered by contemporary celebrities are often, of course, the result of (or deliberate covers for) drug dependence. Yet even here a species of hypochondria is at work. It is no accident that prescription painkillers have featured so tragically in recent celebrity deaths, such as those of Heath Ledger and, allegedly, Brittany Murphy. It seems somehow normal to us now that success brings with it agonies that can only be treated with opiates.

Having studied the case histories of various historical hypochondriacs—from Charles Darwin to Marcel Proust—I can only surmise that there is a point of crisis beyond which excessive concern with one’s body turns into an actually dangerous or even lethal pathology in itself. It seems that for some sufferers hypochondria is a way of guaranteeing inviolable privacy; consider Proust laboring in his cork-lined room. An inward-tending obsession with one’s own body, whether expressed as illness or an excessive urge to improvement, can guarantee certain advantages in the outside world. Unstopped, however, it will tend to the morbid, and few, historically, have had such resources or occasions for self-mutilation as the rich and famous in our century.

We tend to think of hypochondria as a kind of selfishness. The hypochondriac remains a disreputable figure, solipsistic and even immune to the real suffering of others. But psychologists tell us that hypochondria is often also part of a group or family dynamic; the patient acts out the expectations of others who somehow need him or her to be sick. What better description could there be of our attitude—at once awed and repelled, envious and disproving—to the bodies of certain celebrities? What better image of our grisly concern when the heroic patient takes an Icarus fall? The professionally adored may toil to stay youthful and fit. They will be doing it for us, and our morbidly projected fears for our own bodies’. 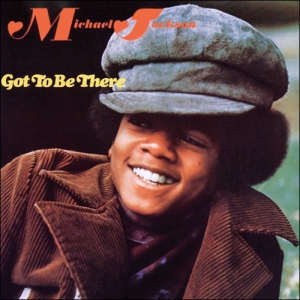 Rick Floyd, in his recent post on the death of Michael Jackson and the culture of celebrity, includes this insightful claim:

‘The church’s notion of the faithful dead as the communion of saints (see my Mystic Sweet Communion) has been replaced in popular culture by the cult of dead celebrities whose lives for the most part serve more as cautionary tales than good examples’.

Too true. This reminded me of Camus’ definition of culture as ‘the cry of men in face of their destiny’. Still, Jackson’s death is both a tragedy (even in Camus’ sense of that word) and a reminder that in the most unCamus-like economy of grace, hope hopes in the redemption who comes on the other side. For it is the triune God – and not Michael Jackson, and still less that army of fans and critics that he left behind – who has, in Jesus Christ, made the final call on this man’s life, and fate.

Yes, Jackson’s chapter is included in that growing book of ‘cautionary tales’, but that book is not the last in the series.