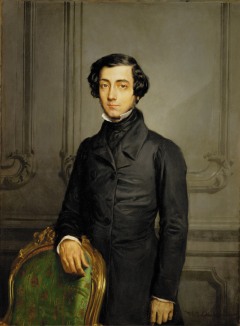 Amen! The NYRB has just published a(nother) brilliant piece by Marilynne Robinson. The entire essay is well worth reading, and re-reading. And here’s a snippet:

Why teach the humanities? Why study them? American universities are literally shaped around them and have been since their founding, yet the question is put in the bluntest form—what are they good for? If, for purposes of discussion, we date the beginning of the humanist movement to 1500, then, historically speaking, the West has flourished materially as well as culturally in the period of their influence. You may have noticed that the United States is always in an existential struggle with an imagined competitor. It may have been the cold war that instilled this habit in us. It may have been nineteenth-century nationalism, when America was coming of age and competition among the great powers of Europe drove world events. Whatever etiology is proposed for it, whatever excuse is made for it, however rhetorically useful it may be in certain contexts, the habit is deeply harmful, as it has been in Europe as well, when the competition involved the claiming and defending of colonies, as well as militarization that led to appalling wars.

The consequences of these things abide. We see and feel them every day. The standards that might seem to make societies commensurable are essentially meaningless, except when they are ominous. Insofar as we treat them as real, they mean that other considerations are put out of account. Who died in all those wars? The numbers lost assure us that there were artists and poets and mathematicians among them, and statesmen, though at best their circumstances may never have allowed them or us to realize their gifts.

What was lost to those colonizations? The many regions that bore the brunt of them struggle to discover a social order they can accept as legitimate and authoritative, with major consequences for the old colonizers and the whole world. Who loses in these economic competitions? Those who win, first of all, because the foot soldiers of those economies work too much for meagre, even uncertain pay and are exposed to every insult this cheapening of fundamental value visits on the earth and the air. How many artists and scientists ought there to be among those vast legions? And among their threatened children? There is a genius for impoverishment always at work in the world. And it has its way, as if its proceedings were not only necessary, but even sensible. Its rationale, its battle cry, is Competition.

A great irony is at work in our historical moment. We are being encouraged to abandon our most distinctive heritage—in the name of self-preservation. The logic seems to go like this: To be as strong as we need to be we must have a highly efficient economy. Society must be disciplined, stripped down, to achieve this efficiency and to make us all better foot soldiers. The alternative is decadence, the eclipse of our civilization by one with more fire in its belly. We are to be prepared to think very badly of our antagonist, whichever one seems to loom at a given moment. It is a convention of modern literature, and of the going-on of talking heads and public intellectuals, to project what are said to be emerging trends into a future in which cultural, intellectual, moral, and economic decline will have hit bottom, more or less.

Somehow this kind of talk always seems brave and deep. The specifics concerning this abysmal future are vague—Britain will cease to be Britain, America will cease to be America, France will cease to be France, and so on, depending on which country happens to be the focus of Spenglerian gloom. The oldest literature of radical pessimism can be read as prophecy. Of course these three societies have changed profoundly in the last hundred years, the last fifty years, and few with any knowledge of history would admit to regretting the change. What is being invoked is the notion of a precious and unnamable essence, second nature to some, in the marrow of their bones, in effect. By this view others, whether they will or no, cannot understand or value it, and therefore they are a threat.

The definitions of “some” and “others” are unclear and shifting. In America, since we are an immigrant country, our “nativists” may be first- or second-generation Americans whose parents or grandparents were themselves considered suspect on these same grounds. It is almost as interesting as it is disheartening to learn that nativist rhetoric can have impact in a country where precious few can claim to be native in any ordinary sense. Our great experiment has yielded some valuable results—here a striking demonstration of the emptiness of such rhetoric, which is nevertheless loudly persistent in certain quarters in America, and which obviously continues to be influential in Britain and Europe.

Nativism is always aligned with an impulse or strategy to shape the culture with which it claims to have this privileged intimacy. It is urgently intent on identifying enemies and confronting them, and it is hostile to the point of loathing toward aspects of the society that are taken to show their influence. In other words, these lovers of country, these patriots, are wildly unhappy with the country they claim to love, and are bent on remaking it to suit their own preferences, which they feel no need to justify or even fully articulate. Neither do they feel any need to answer the objections of those who see their shaping and their disciplining as mutilation.

What is at stake now, in this rather inchoate cluster of anxieties that animates so many of us, is the body of learning and thought we call the humanities. Their transformative emergence has historically specifiable origins in the English and European Renaissance, greatly expedited by the emergence of the printing press. At the time and for centuries afterward it amounted to very much more than the spread of knowledge, because it was understood as a powerful testimony to human capacities, human grandeur, the divine in the human. And it had the effect of awakening human capacities that would not otherwise have been imagined ….

In the history of the West, for all its achievements, there is also a persisting impatience with the energy and originality of the mind. It can make us very poor servants of purposes that are not our own. A Benthamite panopticon would have radically reduced the varieties of experience that help to individuate us, in theory producing happiness in factory workers by preventing their having even a glimpse of the fact that there could be more to life. Censorship, lists of prohibited books, restrictions on travel, and limits on rights of assembly all accomplish by more practicable means some part of the same exclusions, precluding the stimulus of new thought, new things to wonder about. The contemporary assault on the humanities has something of the same objective and would employ similar methods. Workers, a category that seems to subsume us all except the idlest rich, should learn what they need to learn to be competitive in the new economy. All the rest is waste and distraction.

(Little wonder that Ben is so excited about his new job!)