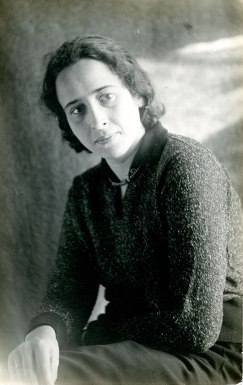 The LARB has published an interesting essay by Wen Stephenson that draws upon wisdom from Hannah Arendt for those living at the dawn of a new ‘era of increasing global instability, ripe for all the varieties of political and social evil’.

[Em]pathy, though much celebrated, is not always a reliable impulse toward moral action – that it can cut both ways. Because our natural inclination to empathize with the victims of crime and injustice, while generally a good thing, when mixed with our tribal instincts – our biases, conscious or not, in favor of people like ourselves, members of our own communities — can lead to a dehumanization of the stranger, the other, especially if that other is the perpetrator (or perceived to be) of a crime. It’s easy to empathize with a victim, as one should; to empathize with a murderer – to see ourselves in another who violates our deepest values and taboos – is something else, something that may seem beyond our merely human capacity.

You can read the whole piece here.