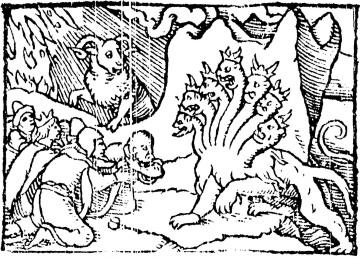 ‘When is political authority legitimate? When does the state have a status and function that may be considered “ordained by God”? When are those who rule – emperors or presidents, parliaments or police – due honor, not out of fear, because they wield the sword and command the means to intimidate, dominate and coerce human beings, but as a matter of conscience?

These have not been abstract issues in the American context. The founding premises of the nation define legitimacy in government, both with respect to a rule considered so obnoxious to human life in society that it was to be resisted and overthrown (the Declaration of Independence), and, thereafter, with respect to the limitations upon political authority and the institutionalization of public accountability (the Constitution). Between the Declaration and the Constitution, political legitimacy concerns how political power is established and how such power is used. Incumbency in itself is not enough to validate any exercise of political authority.

Nor is the matter abstract nowadays. In the past decade the opposition, notably that of Christians, to the war and to the war enterprise in Southeast Asia has upheld the position that the illegal and unconstitutional conduct of the war renders incumbent political authority illegitimate. It is this very point that occasioned the witness of the Berrigan brothers in becoming fugitives at a time when they had been ordered to submit to imprisonment. To have surrendered to illegitimate authority voluntarily would have seemed to condone it. For the Berrigans, there could be no obedience to criminal power.

At a time when the President is reported to be frustrated and angry that his rule lacks credibility and that he does not receive automatic homage, it is edifying to recall that many who have all along opposed him and his regime – and also the Government of Lyndon Johnson – have not done so as weirdos, cowards, far-out radicals or malcontents. In truth, they have upheld the classic American view of political legitimacy. The very citizens President Nixon has been so desirous to watch and spy upon, defame and persecute, humiliate and ostracize, prosecute and punish have been those who have acted to redeem legitimacy in government so that political authority could be conscientiously honored (again) in this nation.

And, more than that, such persons have acted within the traditional doctrine of Romans 13. John Calvin’s comment could hardly be more emphatic or more immediately relevant to both the war and Watergate as manifestations of political illegitimacy:

Understand further, that powers are from God … because he has appointed them for the legitimate and just government of the world. For though tyrannies and unjust exercise of power, as they are full of disorder, are not an ordained government; yet the right of government is ordained by God for the well-being of mankind. As it is lawful to repel wars and to seek remedies for other evils, hence the Apostle [Paul] commands us willingly and cheerfully to respect and honor the right and authority of magistrates, as useful to men …

If that be the truth, for citizens who are biblical people, the way to expose illegitimate authority is to oppose the incumbent regime. In that case President Nixon may not invoke Romans 13 to indulge vanity, induce tribute, evade guilt or compound deceit; rather, he is consigned to suffer Romans 13 as a stunning and awesome rebuke – and as a fearful and timely warning’.