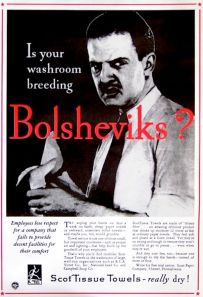 ‘My political identity was shaped by the Holocaust. At first this drew me naturally to the left. However, because of my reading about the historical crimes of Stalin and the contemporary crimes of Mao Zedong, and because of the influence of two teachers, Vincent Buckley and Frank Knopfelmacher, during my undergraduate days I was gradually drawn into the anti-communist movement. There were two main reasons why people became anti-communists in those days. The first was geopolitical: because they believed the future of the world would be determined by the outcome of the Cold War that was being fought between Communism and Democracy. The second was moral: because of the crimes of Stalin and of Mao. For my part, I did not become an anti-communist because of the Cold War. In 1970, I marched against Australia’s participation in the United States–led Vietnam War. I became an anti-communist because only the anti-communist intelligentsia seemed to speak of the mass killings associated with Stalin and with Mao in an appropriate moral register.

Between the time I was preparing for my matriculation exams in October 1965 and the time I arrived at the University of Melbourne in March 1966, some 500,000 Indonesians were slaughtered. During my undergraduate days there was no discussion of the murders. We were preoccupied by the Vietnam War. As I know now, the American and Australian governments supported the murders through aid and silence, principally for questionable foreign-policy reasons. The threat of Chinese aggression, especially at the time of the Sino–Soviet schism, was vastly overblown. The anti-communist intelligentsia offered their governments full support. It is of course possible, perhaps even likely, that if the Indonesian communists had come to power a different kind of tragedy might have occurred. But can it seriously be maintained, as many anti-communist defenders of the Western policy in Indonesia did then and still do, that acquiescence in the murder of half a million civilians on political grounds can be justified by speculations about possible events in the future?

If I had known then what I know now, while my attitude to the crimes of communism would have been no different, I hope I would have had sufficient judgement to have given the anti-communist movement a far wider berth’.