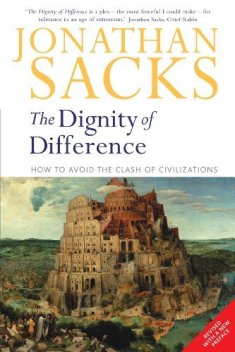 Jonathan Sacks has described the public commons as ‘the places you go where you do not have to pay’. Such places are becoming increasingly rare in the world’s cities; they are being converted into shopping centres and entertainment complexes. ‘But these are not civic spaces. We go there as consumers, not as fellow citizens’. And so we are formed. Relationships once based on neighbourliness and the shared bonds of citizenship have become commercialised and disembodied. And exposed here, Sacks argues, is one of the real gifts that religion bequeaths to liberal democracies – that they can help such societies ‘to acquire the habits of co-operation which form the basis of trust on which the economics and politics of a free society depend’. He continues:

One of the classic roles of religion has been to preserve a space – physical and metaphysical – immune to the pressures of the market. When we stand before God we do so regardless of what we earn, what we own, what we buy, what we can afford. We do so as beings of ultimate, non-transactional value, here because someone – some force at the heart of being – called us into existence and summoned us to be a blessing. The power of the great world religions is that they are not mere philosophical systems, abstract truths strung together in strictly logical configurations. They are embodied truths, made vividly real in lives, homes, congregations, rituals, narratives, songs and prayers – in covenantal communities whose power is precisely that they are not subject to economic forces. They value people for what they are; they value actions for the ideals that brought them forth; they preserve relationships by endowing them with the charisma of eternity made real in the here-and-now.