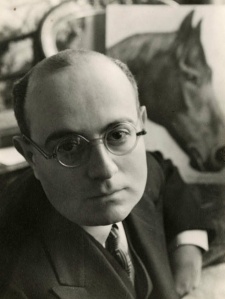 For the culturally-Jewish philosopher Theodor Adorno, the traumas of Auschwitz mean that ‘we can no longer affirm the immutability of truth and the transience of materiality’. It’s not, he insists, a case of an impossibility of distinguishing between eternal truth and temporary appearances (Plato and Hegel showed us how that could be done); it’s just that one cannot do so post-Auschwitz without making a sheer mockery of the fact:

After Auschwitz, our feelings resist any claim of the positivity of existence as sanctimonious, as wronging the victims: they balk at squeezing any kind of sense, however bleached, out of the victims’ fate. And these feelings do have an objective side after events that make a mockery of the construction of immanence as endowed with a meaning radiated by an affirmatively posited transcendence.

It was this conviction too which led Adorno to state famously that ‘the task of art today is to bring chaos into order’, and that ‘to write poetry after Auschwitz is barbaric’.

Our emotional responses to horrors of such magnitude ought to outweigh all our attempts to explain them. The line between explanation and intelligibility has been severed. In the wake of such, we are left with the possibility of what Jay Bernstein referred to as Adorno’s ‘negative theodicy’, a kind of theodicy in which the old intellectual and philosophical distance was possible. If we are to make any headway at all in recognizing ‘how the camps succeeded in the destruction of biographical life, and reorientate our thinking in response, Adorno argues, we must learn how to regard Auschwitz as the culmination of a trajectory embedded in the history of western culture in the wake of the Enlightenment. There can be no genuine acknowledgement of the Holocaust that does not begin with the realization that ‘“we did it”, that it was done by people whose lives and culture is so proximate to our own that the attempt to make “them” somehow wildly different from us can be accomplished only by self-deception’.

To go on with business as usual in the aftermath of Auschwitz would be not only an affront to the victims but also ‘to conceal the full extent of our inhumanity and to suppose, absurdly, that we could make amends’. Whatever else we might attempt saying about evil and suffering, we cannot and must not bypass the brute fact that we are responsible. But that responsibility is not, however, Adorno’s final word on the matter. In his book Minima Moralia: Reflections on Damaged Life, Adorno argues that

The only philosophy which can be responsibly practiced in face of despair is the attempt to contemplate all things as they would present themselves from the standpoint of redemption. Knowledge has no light but that shed on the world by redemption: all else is reconstruction, mere technique. Perspectives must be fashioned that displace and estrange the world, reveal it to be, with its rifts and crevices, as indigent and distorted as it will appear one day in the messianic light. To gain such perspectives without velleity or violence, entirely from felt contact with its objects ­– this alone is the task of thought.

Redemption, the ‘messianic light’, exposes the incongruity between the world as it appears now and the world as it might be. And that exposure serves as a judgement upon all forms of institutionalized and ‘normalized’ violence; and, more critically, it serves as a critique of the Enlightenment itself apart from which theodicy would be a largely unsponsored project.