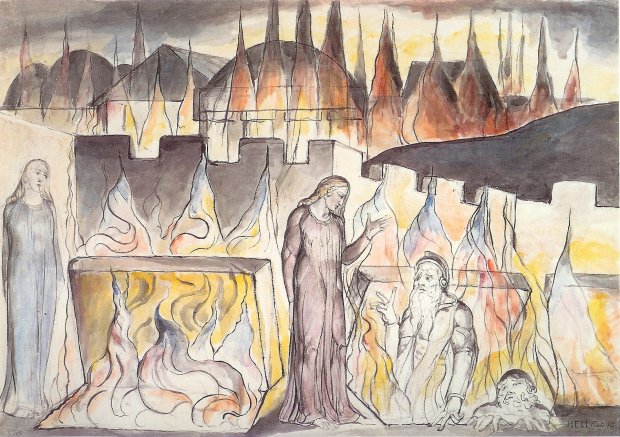 If a good man were ever housed in Hell
By needful error of the qualities,
Perhaps to prove the rule or shame the devil,
Or speak the truth only a stranger sees,

Would he, surrendering to obvious hate,
Fill half eternity with cries and tears,
Or watch beside Hell’s little wicket gate
In patience for the first ten thousand years,

Feeling the curse climb slowly to his throat
That, uttered, dooms him to rescindless ill,
Forcing his praying tongue to run by rote,
Eternity entire before him still?

Would he at last, grown faithful in his station,
Kindle a little hope in hopeless Hell,
And sow among the damned doubts of damnation,
Since here someone could live and could live well

One doubt of evil would bring down such a grace,
Open such a gate, all Eden would enter in,
Hell be a place like any other place,
And love and hate and life and death begin.