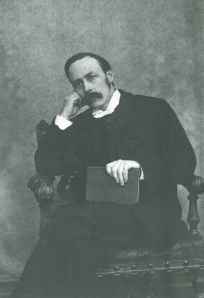 Regular readers here at PCaL may be aware that my book Hallowed Be Thy Name: The Sanctification of All in the Soteriology of P. T. Forsyth (Bloomsbury/T&T Clark) is due out very soon; in just over a week. (Tasters are available here and here). I am also pleased to announce that another book on Forsyth, specifically on his preaching, will, if all goes to plan, be out on the heels of the aforementioned, i.e., sometime in mid-2013. Here are the details and the blurb for the back cover:

‘Descending on Humanity and Intervening in History’: Notes from the Pulpit Ministry of P.T. Forsyth. Eugene: Pickwick Publications, 2013.

This collection of forty-eight sermons, most of which are previously unpublished, discloses the integration of vocation and imagination in one of the greatest of Free Church theologians, P. T. Forsyth. At a time of fragmentation, when theological study has become too much removed from the task of the preacher, Forsyth’s work can remind us of the invigorating power of Christian doctrine interpreted and expounded in situations of pastoral and political exigency. Its capacity for the renewal of the church is evident again from this rich and timely anthology, here brought together and introduced by Jason Goroncy.

And Alan Sell has again been kind enough to compose the following deathless prose for its back cover:

Far from being a collection of cosy meditations, here are challenging, biblically rooted, theologically powerful, pastorally concerned essays and sermon notes by Britain’s most stimulating theologian of the twentieth century. Church members will be energized; preachers will be prompted towards relevant exposition. The book is the product of much persistent burrowing by Jason Goroncy, whose substantial introduction is an exemplary piece of scholarship in its own right. We are greatly indebted to him.

There are some tentative plans too to work on two additional books on Forsyth; but more on that at a later time …