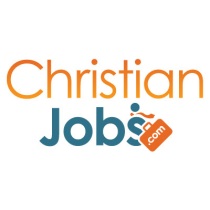 Article 16 of The Apostolic Tradition of Hippolytus of Rome (c. 215) notes that there are (or were) some occupations that are simply deemed incompatible with being a Christian. (Parallel lists appear in Tertullian’s De idololatria (c. 211) and De spectaculis (c. 197–202)). What immediately strikes me about the catalogue of occupations that would render one ineligible from admission into the catechumenal process is the commitment to a non-violent ethic and an evading of the praxes of idolatry before you even begin the journey. In some ways, I guess it would be like refusing someone who works for one of the subsidiaries of News Corporation or for a bank who profits from usury from attending an Alpha Course:

While some may argue – and have indeed argued – that such a holding of the keys is the flip side of the church refusing to bury certain people because of their association with particular vocations, at the very least such a list invites us to not only consider what the church today might catalogue as occupations that render one ineligible for baptism and so for life in the community of God (of course, it is difficult to imagine how such a radically disparate and commercialised body not only outside of but also within Rome could today agree on anything, let alone pronounce on vocational anathemas), but also to think about how the call to repentance is among the first words that the kingdom of God proclaims. It also invites us to wonder more deeply about St Paul’s claim ‘where sin increased, grace abounded all the more’, and about the size and reach of Paul’s God.