Today I discovered that the Westminster Confession of Faith, an English document which is Scottish in the same way that Crowded House and Phar Lap are Australian, is no more impressive – and hardly any less wordy – in comic form! 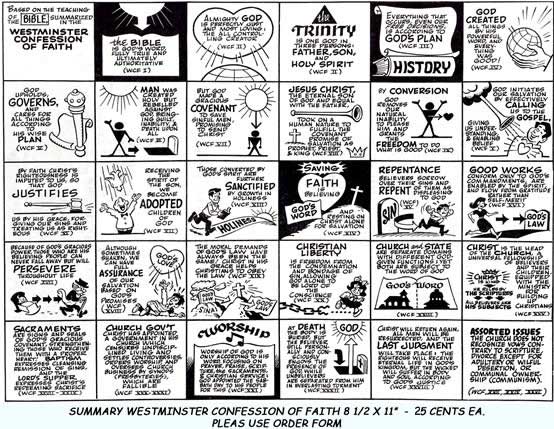 I’m looking forward to teaching on this later this year.

[Note: I reckon that we get Chris Tilling, who seems to like this sort of poppycock, to draw us up a better chart as part of his ecumenical service/penance to the reformed community. All in favour say ‘aye’ (another born-in-England-made-in-Scotland word). I have idea of the history of the word ‘pleas’, though it sounds kind of Flemish]