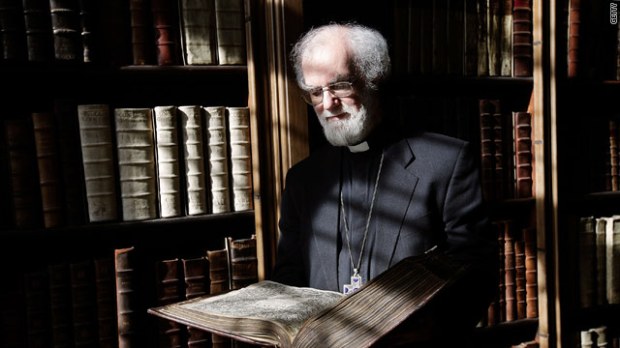 Williams shares with Donald MacKinnon a sense of the moral priority of tragedy, and one gets the sense that he sees a straight line from closure to murder. At the risk of being too flip about it, the road to genocide is paved with good intentions. Efficient systems, set up by well-meaning people, to accomplish the greatest ends, eventually justify the most atrocious horror: it is fitting that one man should die for the people. Or the shaken revolutionary Shigalyov in Dostoevsky’s Demons, who has written out the plan for the revolution, reporting that, “Starting from unlimited freedom, I conclude with unlimited despotism. I will add, however, that apart from my solution to the social formula, there is no other.” Efficient theoretical systems (economic, political, philosophical, theological) produce victims, with the crucified Christ, one without sin, being the pure example of this fact – though the history of the last century provides ample examples by itself. I think that this really is the overarching concern of Williams’ theology.

Part of this may simply be disposition: there’s a really revealing line in WWA where he’s comparing Balthasar and Rahner, and he writes, “for Balthasar, dialogue with ‘the world’ is so much more complex a matter than it sometimes seems to be for Rahner; because [for Balthasar] the world is not a world of well-meaning agnostics but of totalitarian nightmares, of nuclear arsenals, labor camps and torture chambers” (100). If you look at the world and see harmony, you end up in one theological place; if you see torture chambers, you end up in another. I think the relentless self-criticism comes from having the second perspective as his default.

The downside of this is what Chris described; Mike Higton (in Difficult Gospel) puts it this way: “But I suspect that the tenor or atmosphere of his [Williams’] writing is too unrelentingly agonized…” Perhaps so; I remember reading that MacKinnon couldn’t order lunch without severe moral anguish.

2) For Williams, the logical outcome of good theology is the silence of frustration, not of adoration.

What prevents simple frustration supplanting the possibility of positive worship is the strong element of Anglican orthopraxis at work: while it may be the case that the Cross reveals that there is nothing we can securely know or think (frustration), the practice of worship (adoration) takes priority over the practice of theology. It would be interesting to know whether Williams would adopt Pseudo-Dionysius’ use of “hymn” as a theological category, along the lines of the “celebratory” mode of theological work he describes. If so, perhaps we could say that good theology culminates not in silence, but in the singing of the liturgy. It’s as if the Eucharistic service provides a kind of foundation from which we can work and to which we can return: our Eucharistic celebration may not be perfect; it is certainly interpreted by fallible human beings; and entails its own risks (clericalism, among many others). Nonetheless, we can identify the effect of the Eucharist over the course of history to complicate any easy answers, by returning us to the broken body of Christ.

3) Similarly, the effect Williams has is to make it too difficult to talk about God; the end result is paralysis or restlessness.

It’s not so much that we shouldn’t make attempts to talk about God (paralysis), as that we have to realize that no attempt is ever final: it’s dialectic all the way down. Is this eternal restlessness? In a sense, I think it probably is. But I hope that it’s the restlessness of two lovers’ delight in each other, not the restlessness of dissatisfaction; the kind of restlessness that is the way that the meaning of a great text (for example) is never exhausted, but always there to be plumbed for meaning, new circumstances bringing out existing aspects of the same work in a different light.Further, some attempts at talking about God are better than others, and one of the benefits of the tradition is a head start, so to speak, in identifying which ones are going to be liberating and fecund, and which will lead to dead ends, inconsistencies with the Eucharist, or something worse.

I can understand a concern about a conception of theology that sees as its primary objective the destabilization of every affirmative statement about God – especially when that destabilization is being done by a professional class that isn’t explicitly or especially in relationship with a worshipping community. There is a difference between a smirking hermeneutic of suspicion and a pious refusal of idolatry, but they may look quite similar on the page. Further, an affinity for disruption can become its own security blanket.

At the very least, we can see that Williams is aware of that: I frequently return to the sermon “The Dark Night,” with its first paragraph “If I am a ‘conservative’ my circular path will be one of conventional sacramental observance… If I am a ‘radical’ my God will be the disturber of the social order… Both of these pictures as they stand are delusional.” Both of them use God to accomplish some other ends. I think he does a pretty good job at this, keeping his own perspective under interrogation also.