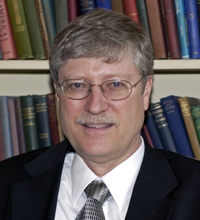 January 2011 will witness Professor Bruce McCormack give the Croall Lectures (in the Martin Hall at New College) on the theme ‘Abandoned by God: The Death of Christ in Systematic, Historical, and Exegetical Perspective’. The titles are:

And later in the year (September 27 – October 4, 2011), Professor McCormack will also be giving the Kantzer Lectures on the theme ‘The God Who Graciously Elects: Six Lectures on the Doctrine of Election’.

Any who have been so priviledged to have heard Bruce lecture before can anticipate a real feast.