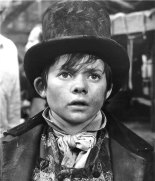 [Image: Members of the staff of the Bank of New Zealand, on Lambton and Customhouse Quays, Wellington, gather around the first electronic book-keeping machine installed in the bank, 1960. HT: National Library of New Zealand]