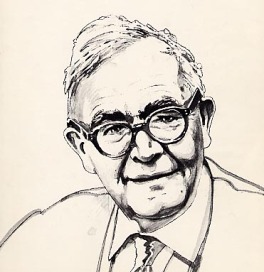 ‘When, however, we speak of justification and sanctification, we have to do with two different aspects of the one event of salvation. The distinction between them has its basis in the fact that we have in this event two genuinely different moments. That Jesus Christ is true God and true man in one person does not mean that His true deity and His true humanity are one and the same, or that the one is interchangeable with the other. Similarly, the reality of Jesus Christ as the Son of God who humbled Himself to be a man and the Son of Man who was exalted to fellowship with God is one, but the humiliation and exaltation are not identical. From the christological ἀσυγχύτως and ἀτρέπτως of Chalcedon we can deduce at once that the same is true of justification and sanctification. As the two moments in the one act of reconciliation accomplished in Jesus Christ they are not identical, nor are the concepts interchangeable. We are led to the same conclusion when we consider the content of the terms. In our estimation of their particular significance we must not confuse or confound them. Justification is not sanctification and does not merge into it. Sanctification is not justification and does not merge into it. Thus, although the two belong indissolubly together, the one cannot be explained by the other. It is one thing that God turns in free grace to sinful man, and quite another that in the same free grace He converts man to Himself. It is one thing that God as the Judge establishes that He is in the right against this man, thus creating a new right for this man before Him, and quite another that by His mighty direction He claims this man and makes him willing and ready for His service. Even within the true human response to this one divine act the faith in which the sinful man may grasp the righteousness promised him in Jesus Christ is one thing, and quite another his obedience, or love, as his correspondence, to the holiness imparted to him in Jesus Christ. We shall speak later of the indestructible connexion between these. But it is a connexion, not identity. The one cannot take the place of the other. The one cannot, therefore, be interpreted by the other’. – Karl Barth, Church Dogmatics IV/2 (Edinburgh: T&T Clark, 2004), 503.