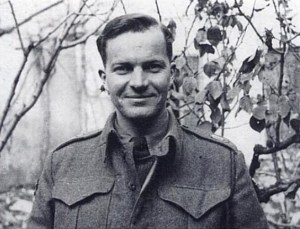 Today’s The Independent includes this obituary to TF Torrance by David Fergusson:

Thomas F. Torrance was a theologian of international distinction. His long academic career, at New College, Edinburgh, was marked by a prolific scholarly output and a range of projects that were of significance for Reformed and ecumenical church life. With an early enthusiasm for the work of Karl Barth, the most influential theologian of the 20th century, Torrance became his foremost exponent in the English-speaking world.

This involved, with Geoffrey Bromiley, the supervision of the English translation of the 13 volumes of the Church Dogmatics and a full-length study of the development of Barth’s theology. Together with J.K.S. Reid, Torrance founded the Scottish Journal of Theology, a periodical that has since remained at the forefront of the field. He was also a co-founder of the Scottish Church Theology Society and the (UK) Society for the Study of Theology in 1952.

A series of essays produced in the 1950s on doctrinal disagreement and convergence were later gathered into two volumes (Conflict and Agreement in the Church, 1959 and 1960), these remaining among his most useful contributions to international ecumenical dialogue. In 1957, he supported the famous “Bishop’s Report” at the General Assembly of the Church of Scotland. Had it been approved, it would have led to the union of the national churches north and south of the border. Yet, despite the backing of Torrance and other leading Scottish churchmen of the day, the proposals suffered defeat following a campaign of resistance led by the Scottish Daily Express. Torrance, however, would often say that he was proud to have been born in China to an Anglican mother and later to have married an Anglican wife. Narrow nationalist or ecclesiastical sentiment were alike abhorrent to him.

Within the Church of Scotland, he led the highly influential Baptismal Commission which concluded its work in 1963. This affirmed a high doctrine of sacramental grace together with the catholic practice of infant baptism. His position on baptism dominated the doctrine of the Church of Scotland until its more recent gesture towards dual practice, a flexibility that he would surely have deplored just as he had earlier regretted Karl Barth’s abandonment of infant baptism.

His ecumenical enthusiasm was particularly marked by his cordial relations with the Orthodox churches. Deeply committed to the theology of the early church, Torrance stressed the catholic dimension of the Reformed tradition, never losing an opportunity to note the indebtedness of Calvin to the Greek Fathers. For many years, he led the Reformed-Orthodox doctrinal conversations and had the unusual distinction as a Reformed minister of being made a Protopresbyter of the Greek Orthodox Church by the Patriarch of Alexandria in 1973.

Torrance’s own theological publications exhibited his extraordinary energy, determination and erudition. As a scholar of Christian dogma, he published on almost every topic, but especially on the doctrines of the Trinity, the person and work of Christ, the Holy Spirit and the sacraments. His position was broadly Barthian but increasingly shaped by his reading of the Greek tradition, especially Athanasius, Cyril and Gregory Nazianzus. He championed the theology of the Nicene Creed, his important study The Trinitarian Faith (1988), being structured by its teaching.

Although Torrance was viewed as resolutely orthodox by more liberal thinkers, he could be deeply critical of a hyper-Calvinism, particularly its doctrines of predestination, substitutionary atonement and biblical inerrancy. All these he regarded as displacing in different ways the person and work of Christ from the centre of a properly evangelical theology. He had almost nothing positive to say about the 17th-century Westminster Confession of Faith, the Church of Scotland’s subordinate standard for over 350 years.

His most original work comprised a body of writings from the late 1960s onwards which sought to form a disciplinary alliance between the natural sciences and Christian theology. Although sometimes difficult to follow, this work brought him into close contact with several leading scientists, particularly Michael Polanyi, whose literary executor he became.

Torrance’s commitment to a rapprochement with the natural sciences led him beyond the work of Karl Barth, who was more inclined to stress the unique character of theology. Torrance strove to identify common methodological approaches, a shared commitment to a critical objectivity, and an implicit belief in the intelligibility of the physical universe which, he believed, must point unmistakably to a transcendent ground of its rationality.

This rehabilitation of natural theology was never allowed to compromise the distinctive commitments of his doctrinal work, yet it represents one of the most determined efforts in the 20th century to establish a fruitful conversation between theology and science in search of a unified worldview.

Born in Chengdu, in the province of Sichuan, China in 1913 to missionary parents, Thomas Torrance carried their evangelical devotion and sense of vocation into his career. The eldest of six children, he came to Lanarkshire in 1927, where he was raised by his mother after their father’s return to China.

After schooling at Bellshill Academy, he took an arts degree at Edinburgh University before proceeding to its Faculty of Divinity at New College. There his teachers included H.R. Mackintosh and John Baillie. A period of graduate study was undertaken with Karl Barth in Basel from 1937. Torrance was later to complete his doctoral dissertation begun under Barth on the theology of the second-century church while at Oriel College, Oxford. By that time, he had already acquired teaching experience during a brief sojourn at Auburn Seminary in New York.

In 1940, Torrance was inducted as a Church of Scotland minister at Alyth in Perthshire. His ministry there was interrupted by wartime chaplaincy service, initially in the Middle East and later with the 10th Indian Division in Italy. Returning to parish ministry in Scotland, he moved to Beechgrove Church, Aberdeen in 1947 – the previous year, he had married Margaret Spear – where he remained until his appointment three years later as Professor of Church History at his Alma Mater in Edinburgh. In 1952 he translated to the Chair of Christian Dogmatics, a position he held until his retirement.

As a teacher at New College in Edinburgh, Torrance was a dominant figure for almost 30 years. He attracted large numbers of students from across the world, particularly the United States. To a large extent, theology in Edinburgh was synonymous with his name during his time there. Other members of his family shared his vocation and theological commitments: his late brother James held the Chair of Systematic Theology at Aberdeen University; his son Iain is now President of Princeton Theological Seminary.

Torrance’s forceful personality and combative style, however, could generate conflict as well as command allegiance. This became most intense with the public attack on aspects of his work by his distinguished colleague James Barr in Semantics of Biblical Language (1961). Barr was later to leave Edinburgh for a chair in Manchester. Years afterwards, Torrance would remark ruefully that Barr had been a brilliant tail-gunner in the RAF and had carried on shooting throughout his academic life.

Choosing to remain in Edinburgh until his retirement, Torrance exercised a significant influence over several generations of ministers. In 1976-77, he was appointed Moderator of the General Assembly of the Church of Scotland when he welcomed the Queen to Edinburgh during her jubilee celebrations.

It is not unreasonable to claim Torrance as the leading British theologian of the past century. Several full-length discussions of his work have already appeared, while a scholarly society devoted to the study of his theology has been formed in the US. He was elected Fellow of the British Academy, and awarded the prestigious Templeton Prize (1978) for his work on theology and science. In retirement he maintained his prolific output, publishing a steady stream of monographs, while continuing to lecture throughout the world.

Although his final years in a nursing home were frustrating, his interest in theology remained undiminished. Always he was sustained by his wife and family, the still point at the centre of an extraordinarily energetic lifestyle.