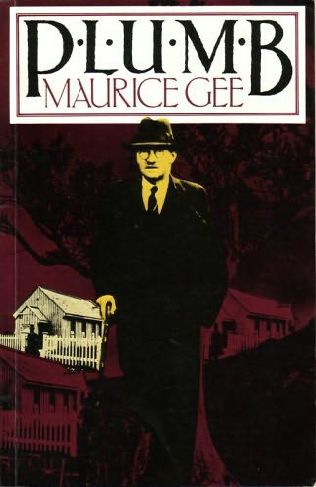 There can be little doubt that among the most exciting things about living in any part of the world is becoming acquainted with the local (farmers) markets, the cuisine, the drink, the music, the slangs … and the stories. And then there are the local writers. While one looks in vain to discover any decent Kiwi journalists being published in this country (to be sure, there are some fantastic bloggers), it’s another game entirely when it comes to academics, poets, and writers of fiction. One of the first enquiries I made even before I landed on the southern climbs that I now call ‘home’ concerned Kiwi authors, and particularly those given to spin a good yarn. And among the names that kept appearing was the Whakatane-born writer Maurice Gee. Gee has penned some thirty novels, and a host of short stories. But the place to begin with Gee, I was repeatedly told, was with his highly-acclaimed book Plumb (1978). So after collecting dust on the bedside box for not a few months, I finally got around to reading Plumb, a book somewhat reminiscent of Marilynne Robinson’s Gilead and Home (with their themes of family, doubt, faith, healing, secrets, generations and death) and which paints the story of the Revd George Plumb, a character moulded in no small part upon Gee’s own grandfather, a pacifist who was sent to prison for his convictions. Here are some of my favourite sentences from Plumb:

With the seed of enthusiasm for Gee’s writing now firmly planted, it will certainly not be so long before I read him again. I already have three more in the pile ready to go: Prowlers, Going West, and Live Bodies; and then, of course, there’s the final two volumes in the Plumb trilogy – Meg and Sole Survivor – which trace the ‘Plumb’ story over a further two generations. Yeah for Gee!