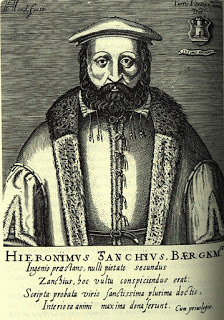 Soon, I will be making my way to Austin TX. It will be my first time in ‘the live music capitol of the world’ (other candidates for the accolade are Melbourne and Berlin), and I’m not a little gutted that I won’t be there in time to enjoy the South By Southwest events. Still, I’m very much looking forward to participating in the ‘Inaugural Clarence N. and Betty B. Frierson Distinguished Scholars’ Conference’ at Austin Seminary. The conference theme is Always Being Reformed: Challenges, Issues and Prospects for Reformed Theologies Today.

Any excuse to think critically about matters at the very heart of the reformed project is to be welcomed because this strange beast called ‘Reformed’ can never be a default or settled position, and because it is through such self-examination that the reformed serve the church catholic and its witness to Christ in the world. Is this not precisely the only justification for the reformed project at all?

My paper is unambitious and simple in its three broad aims, each of which earns a section. Here’s a wee summary, for those who may be interested:

I. The first section is an attempt to identify the historical beginnings and theological intentions of the aphorism semper reformanda, and to trace some of the ways in which the commitment to this animus of the reformed project has evolved among us. I note that the etymological history of the reformanda sayings is sketchy, but whether their geneses were in 1670s Holland (in the writings of Jacobus Koelman, Johannes Hoornbeeck, and Jodocus van Lodensteyn) or in 1562 in the Italian reformer Girolamo Zanchi (the strong case for priority in Zanchi’s writings is in reference to some correspondence with Theodore Beza, and his treatise De Reformatione Ecclesiarum), they all use the idea of semper reformanda in a similar way—namely, as a summons to the church to be restored to a former purity. Only then, it is argued, can the church really be called ‘reformed’. Zanchi, Calvin, the early reform movements in France and indeed most of the tradition since (with few exceptions; e.g., the Synod of Privas, 1612, argued that ongoing reform would be destabilizing for the church. Another way to read this is to say that those who found themselves benefiting from past reforms did not want their new positions to be undermined), believed that such reform is both possible and is to be a permanent characteristic of the church’s existence in the world.

History points to a movement whose character and energy were ripe for transformation, believing that such would represent not a human achievement but an action of God who calls the church to renewed obedience and continuing reformation through Holy Scripture. Reform, in other words, was to be the fruit of a people attentive to the Word of God in the Bible and to the living Word who ever breaks himself open to us therein. So understood, Ecclesia semper reformanda is not ecclesia semper varianda. Or, as T. S. Eliot put it, reformation is not an ‘endless cycle of idea and action, endless invention, [and] endless experiment’ for its own sake. It is, however, as Michael Jinkins has argued, an invitation to adapt the lessons of the past ‘to new conditions in new environments and to do so in ways that remain appropriate to who we are called to be as a community of followers of Jesus Christ’.

II. The second, and longest, section asks more specifically about how that commitment relates to reformed patterns of confessing. Principally, what I am arguing for here is that to confess the faith in the spirit of the semper is to confess that the Christian community is, at core, in a state of crisis.

I begin by arguing that confession is first and foremost concerned with the community’s lived wrestle with and response to the live question ‘Who is Jesus Christ today?’ This question calls for some risk—faith’s risk that our response might drive us away from familiar formulations and into previously-unchartered territory. This is what it means to be a living tradition, continuously being brought into being by One who encounters us both in and for new contexts. So while we will speak in some continuity with the past, we must reject all moves to deify past confessions. I suggest that confession exemplifies something of the character of commentary insofar as exegesis always calls for new translation. Such work entails the risks of having misheard, of having spoken out of turn, of living with both continuity and discontinuity with one’s history, and of having no stable culture and no visible institutional identity upon which one can rely.

It seems to me that the formula ecclesia reformata semper reformanda serves to safeguard against the temptation to capture revelation as some fixed given, as ‘a thing’. Consequently, I suggest that it calls for something of an event metaphysics wherein the pilgrim community and its witness are continuously disrupted, created and reformed by the eschatological Word and Spirit. One implication of this is that our claims will have an invisible, indemonstrable, and unprovable character about them, and so will be of little value in the hands of those whose measure of reality is that which is passing away.

Drawing on the work of Hendrik Kraemer, Michael Weinrich, J. C. Hoekendijk, Karl Barth, Rudolf Bultmann, Ernst Käsemann, William Stringfellow and Dietrich Bonhoeffer, I argue that confession, as understood by the reformed, is a form of dispossession. That is, for a community-in-diaspora to confess Christ is to be entirely uninvested in its own self-preservation. It is a community whose attention to God’s address is such that ‘its whole life is put in question’ (Karl Barth).

III. The final section of my paper attempts to place on the table one theo-political commitment that might call for reevaluation; namely, how the reformed conceive their relationship vis-à-vis the modern state. I take it that this section is an implication of the previous one—i.e., an implication of the gospel’s eschatological character and what it means to be a community entirely unsettled and unpredictable and unreliable when it comes to its relationship with whatever current arrangements might be in place in the world. The Word of God creates a crisis particularly for those who want life to be secure and invulnerable and certain for it calls for faith to live what Donald MacKinnon names ‘an exposed life’ and to boldly resist all efforts to ‘justify’ its position in the world.

My invitation for us to do some critical thinking about what this might mean for our relationships with the state recalls, of course, that the reformed will share radically different—even contradictory—positions on this subject as on others, and this is how it should be. What ought to be unequivocal, however, is that such positions resist being settled ones, and that they emerge from our hearing afresh the Word in context. Again, the issue here is the divine freedom, and the provisional nature of the Christian community elected for service in this world.

I look forward to the ensuing discussion.