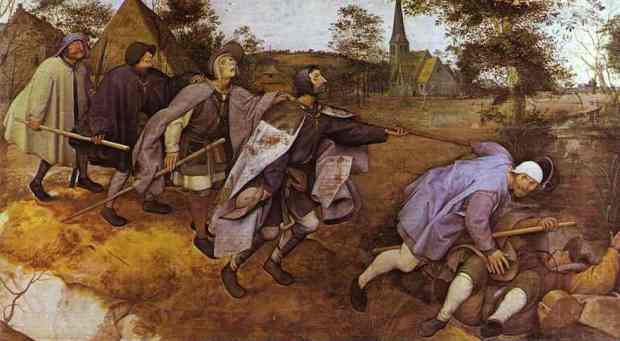 In the two previous posts in this series, I have been reflecting briefly on the relationship between baptism and ordination. Both – and that together – are a divine summons to a life of discipleship. Here I want to suggest that we ought to understand ‘ordination’ not only in relation to baptism, but also in relation to God’s wider work of calling forth faith, to God’s work of guiding and enabling the whole community of faith, to God’s concern of shalom-making for all people. Ordination ought to be seen in the light of this broader movement of the divine will – that is, in the context of God’s good purposes for creation. So, the ministry to which a pastor is ordained is deeply and inherently about a life in God, and it means participation in that life, and in that life’s economy as it turns towards the world. This means that ordination makes no sense not only apart from baptism but – and more fundamentally – apart from Jesus Christ, and apart from his service to the Father on behalf of the world. So T.F. Torrance:

‘Christ was Himself the diakonos par excellence whose office it was not only to prompt the people of God in their response to the divine mercy and to be merciful themselves, not only to stand out as the perfect model or example of compassionate service to the needy and distressed, but to provide in Himself and in His own deeds of mercy the creative ground and source of all such diakonia. He was able to do that because in Him God Himself condescended to share with men their misery and distress, absorbed the sharpness of their hurt and suffering into Himself, and poured Himself out in infinite love to relieve their need, and He remains able to do that because He is Himself the outgoing of the innermost Being of God toward men in active sympathy and compassion, the boundless mercy of God at work in human existence, unlimited in His capacity to deliver them out of all their troubles’. – Thomas F. Torrance, ‘Service in Jesus Christ’ in Theological Foundations for Ministry: Selected Readings for a Theology of the Church in Ministry (ed. Ray S. Anderson; Edinburgh/Grand Rapids: T&T Clark/Wm. B. Eerdmans, 1979), 718. 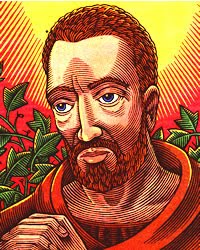 While it is fair to say that pastoral ministry in the contemporary West is attended by some unique pressures, including an increasing lack of clarity over the role of the pastor, none who have read any church history, let alone the Bible (think, for example, of brother Moses), could reasonably conclude that the concerns surrounding clergy ill-health and burnout to which I drew attention in the earliest posts in this series (I, II, III, IV & V) are problems foreign to earlier generations of ministers. Augustine, for example, once got so near to burnout that he had to turn away from his duties for a six-month sabbatical. In his book Augustine and the Catechumenate, William Harmless lists six factors that Augustine associated with burnout: (i) a failure to rely of the judgement of the faithful; (ii) boredom; (iii) the fear of making a mistake; (iv) an apathetic congregation; (v) the fear of being interrupted; and (vi) grief of heart (pp. 133–40). And one of the deep truths that Augustine reminds us of is that Christian existence is life-in-community, and with that community’s history, catechumenate and sacraments. It is these realities, Augustine believed, that tired ministers ought to turn to: to eat of the Body of Christ is to be refreshed; to drink of his Blood is to live (see, for example, his ‘Sermon on John 6.53’).

In more recent times, PT Forsyth has observed a ‘general sense of unrest’, of ‘inner unrest’ and ‘mental mobility’ of ministers, many of whom themselves are quite blind to the veracity of their own situations. ‘A very great number wish to change their sphere’, he said. Forsyth, who was a college principal, notes the lack of adequate training of ministers, and laments that some ‘leave college without the love or habit of Bible study; or without the reserve principles which come out to settle things in the most dangerous period, which is middle life; and so they devote themselves to nothing – beyond the weekly tale of work’. He continues:

‘In due course comes exhaustion and the “sinking feeling.” They have nothing in which they can collect and possess themselves from the tension and distraction of the place and the hour. They never arrive. And what they read adds to the dissipating effect. It is largely the newspapers, religious or other, or it is similar fugitive products; which is like reading the commentaries before studying the passage. That is to say, their mind is being bombarded with tiny particles of fact or fancy in a constant stream; and the vibration, largely unconscious at the time, accumulates to a chronic and mysterious unrest. How many would increase their peace and power of mind if they would eschew newspapers [and he may have added ‘the internet’] for a year. Yet to do it postulates the very power which is desired. Or if they were driven to more deliberate prayer in order to neutralize the atmosphere of criticism and mental dissipation in which a press age plunges them. For lack of it men may easily become dilettanti not in theology only but in soul, religious amateurs instead of spiritual masters, mere seekers, and experimenters instead of experts of the Gospel and adepts of faith. And our creed may come to suffer from what the doctors now call tea-ism – tremors due to the abuse of sedatives …

I have often found in my own case, too, that the preparation of sermon after sermon, with a constant change of subject, produced an effect of unrest. The mind loses the continuity, the self-possession, that belongs to stability and power. I have found I was apt to prepare my sermons better than myself. Is that an uncommon experience – to spend more on preparing a sermon than on preparing the message, and to spend least of all on preparing oneself for the total work of the ministry? It is with the preaching as it is with the prayer – the great and hard thing is preparing oneself, and preparing not for the occasion but for the vocation. Should the message not be the overflow of the preacher’s life experience, and the sermon the ebullition of the message?

I am sure the real and general secret of the unrest is spiritual, whether my diagnosis in detail be accurate or not; whether it be the case with each individual or not. The disease is secularity of interest. We imbibe much of it from the quivering age’. – Revelation Old and New, 105–7.

Other posts in this series: