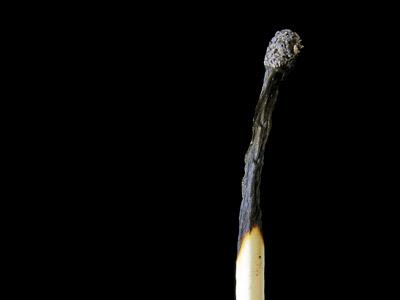 ‘The pastoral vocation is to help people grow spiritually, resist their lowest impulses and adopt higher, more compassionate ways. But churchgoers increasingly want pastors to soothe and entertain them. It’s apparent in the theater-style seating and giant projection screens in churches and in mission trips that involve more sightseeing than listening to the local people.

As a result, pastors are constantly forced to choose, as they work through congregants’ daily wish lists in their e-mail and voice mail, between paths of personal integrity and those that portend greater job security. As religion becomes a consumer experience, the clergy become more unhappy and unhealthy’. – G. Jeffrey MacDonald, ‘Congregations Gone Wild’.

As one charged with both a responsibility for the training and supervision of pastors, and who has himself crashed – and watched many colleagues crash – against the rocks of burnout and depression, this is a topic of particular interest to me. To be sure, I am no expert on these issues, but I thought that I might use this forum to do some tentative thinking out loud about this topic over coming months. [Recent weeks have seen some attention in the media and around blogdom given to the matter of clergy burnout: see, for example, here, here, here, here, here, here, here, here, here, here and here. This is, of course, no new news to clergy, though others seems to be interested.]

As sobering as much of the reading and statistics are, on their own they are more paralysing than aiding. Still, they do point to part of the story, and so are worth recalling. So, for example, consider the conclusions found in the USA and published recently by Pastoral Care Inc., namely that:

[NB: Pastoral Care Inc. attribute these figures to research carried out by themselves, by The Fuller Institute and by George Barna. Mick Crowl has rightly, to my mind, flagged some concern about the accuracy of these statistics. Still, their general tone is confirmed in other findings.]

I am not interested here to engage with the details of these statistics. To be sure, they indicate important and painful realties for many pastors, their partners and their children. I am interested here, however, in thinking more generally about this prevalent reality, and to exploring some theological and other resources that witness to more life-giving ways for pastors … and for the rest of us.

Other posts in this series: