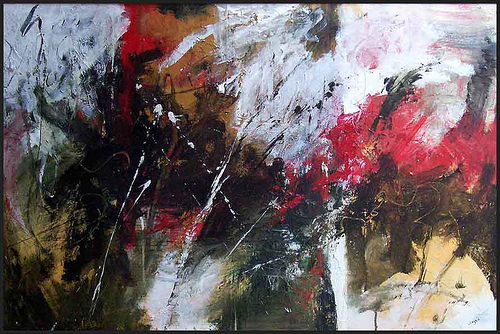 For the past few Advents, Andy Goodliff has been inviting a group of bloggers (and others) to post some wee reflections over at Hopeful Imagination. The posts have become a mirthful part of my Advent tarriance, helping me to reflect in a sustained way on the divine magic through what is typically a very busy, and seemingly most unmagical, time.

In addition to posting over at Hopeful Imagination, over the next few weeks, I’ll also be posting some Advent-inspired reflections here at Per Crucem ad Lucem (something in the tradition of my Advent 2007 reflections). I want to kick this off with a re-post from Roddy Hamilton, one of Scotland’s most creative liturgists, who just yesterday posted a wonderful reflection on Isaiah 7 based on ‘The Faith’, a song from the album Dear Heather by Leonard Cohen.

The gathering of darkness,
and the will to fight,
the pain born in conflict,
and the story of loss and fear:
these are the ways we live together.
O Love, aren’t you tired yet?

The turning from light,
and the work of injustice disguised as right,
the journeys we make that lengthen the distance between us.
O love, aren’t you tired yet?

The call unheard,
the silent questions we leave unlived,
and a graveyard of truth
left uncared for,
the bowing of the earth to extravagance,
and the weeping of the rivers.
O love, aren’t you tired yet?

The sun,
the land,
the sea,
limited in what they can give,
for they have given too much already;
the soil,
the faith,
still your holy turf,
but un-renewed by a future un-owned.
O love, aren’t you tired yet?

When the world leaves scattered,
holy words that seem like hope,
torn out from every page,
and past generations’ lessons
are thrown crumpled in a forgotten alley
darkened by the shadow cast from a new world empire,
O love, aren’t you tired yet?

But the seed of a promise
uncrumples,
in a name spoken in passion,
that holds out the future
as the past unwinds,
a love that will never let go,
called emmanuel.
O love, aren’t you tired yet?