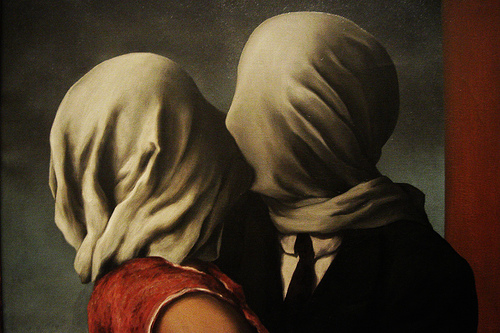 Halden’s and Ben’s recent posts on sex and personhood reminded me of Ray Anderson’s essay ‘Bonding Without Bondage’ (in On Being Family: A Social Theology of the Family). Anderson’s essay is on marriage, and begins by identifying a subtle but important distinction between a ‘theological’ view (i.e. that determined by theology proper and its Gospel shape) and an ‘ethical’ view (i.e. that determined by appeals to natural law) of marriage. The former is that held by Karl Barth, the latter by Emil Brunner. Anderson recalls that for Brunner marriage is not good in se, but only as it provides the optimum containment for what is otherwise unbridled impulse. For Brunner, sexuality is sanctified only through marriage, unless one chooses total abstinence. In other words, Brunner suggests that the erotic sexual impulse is an ‘unnatural’ and ‘unbridled biological instinct’ which can only be consecrated through marriage, or the ethical demand of abstinence (Love and Marriage, 183, 195). Barth, conversely, contends that human sexuality is a determination of human existence as the image and likeness of God and thus exists prior to, and independent of, marriage as a true order.

Anderson highlights that whereas for Brunner sexuality is sanctified as an ethical existence under the command of God only in the marriage relation, for Barth the command of God sanctifies human persons by including their sexuality within their humanity. In other words, the sexual relation of woman and man has already been constituted a true order of humanity, as an integral part of total humanity as male and female. Marriage, therefore, however conceived, integrates sexuality into total humanity.

Anderson observes that Brunner’s position of human sexuality ad extra to human personhood has serious consequences for understanding the role of sexuality in the case of the unmarried person as well as for a discussion of the matter of homosexuality. If we follow Brunner and understand the married couple as the basic model of man and woman as a community of love and all other relations as peripheral to it, then marriage will be offered as the highest – if not the only – possibility for authentic personhood. If, on the other hand, we follow Barth that humanity as determined by God is cohumanity, existing concretely as either male or female, then marriage (however conceived) is seen not as a ‘containment’ of that which has no other ethical point of reference, but as the ‘contextualizing’ of that which comes to expression in the total encounter of persons.

One of the main points that Anderson seeks to bring home is that the divine command (‘What God has joined together …’) does not take place behind our backs, independent of human response and recognition. While marriage is grounded in God’s covenant love, it involves the mutual recognition, choice, and commitment of two people who are brought together by God in covenant partnership. God joins together actually as well as theoretically. God joins together in and by the encounter and decision of the two who form the union: not only on the basis of this human act of love but coincidental with it and as its objective validation. What begins as affection and feelings of love is absorbed into personal will expressed as commitment in marriage (with or without ‘a wedding’).

According to Barth, love, in contradistinction to mere affection,

‘may be recognised by the fact that it is determined, and indeed determined upon the life-partnership of marriage. Love does not question; it gives an answer. Love does not think; it knows. Love does not hesitate; it acts. Love does not fall into raptures; it is ready to undertake responsibilities. Love puts behind it all the Ifs and Buts, all the conditions, reservations, obscurities and uncertainties that may arise between a man and a woman. Love is not only affinity and attraction; it is union. Love makes these two persons indispensable to each other’. (CD III.4, 221)

Of course, one could – and indeed should – ask, what has love got to do with it?

Still, while certain to set marriage within the absolute determination of divine command, Anderson is equally concerned to not set marriage above the reality and practice of human existence. In this way, he avoids the idealism(s) often associated with marriage. He also notes that marriage can never be the solution to problems of personal unhappiness or loneliness. It can never be the relational horizon within which one expects to meet all his or her personal needs. Marriage, he contends, offers an expression of love and sexuality not realisable in any other human relationship, but it is no more human than any other human task or relationship. And, in particular, because marriage takes place under the divine command,

‘the sphere of the relationships of man and woman as they are embodied and lived out among us human beings is not simply a labyrinth of errors and failings, a morass of impurity, or a vale of tears at disorder and distress. For by the grace of God … there are always in this sphere individual means of conservation and rescue, of deliverance and restoration, assured points and lines even where everything seems to vacillate and dissolve, elements of order in the midst of disorder … And if there is no perfect marriage, there are marriages which for all their imperfection can be and are maintained and carried through, and in the last resort not without promise and joyfulness, arising with a certain necessity, and fragmentarily, at least, undertaken in all sincerity as a work of free life-fellowship. There is also loyalty even in the midst of disloyalty and constancy amid open inconstancy … Thus even where man does not keep the command, the command keeps man … He who here commands does not only judge and forgive: He also helps and heals’. (CD III.4, 239–40)